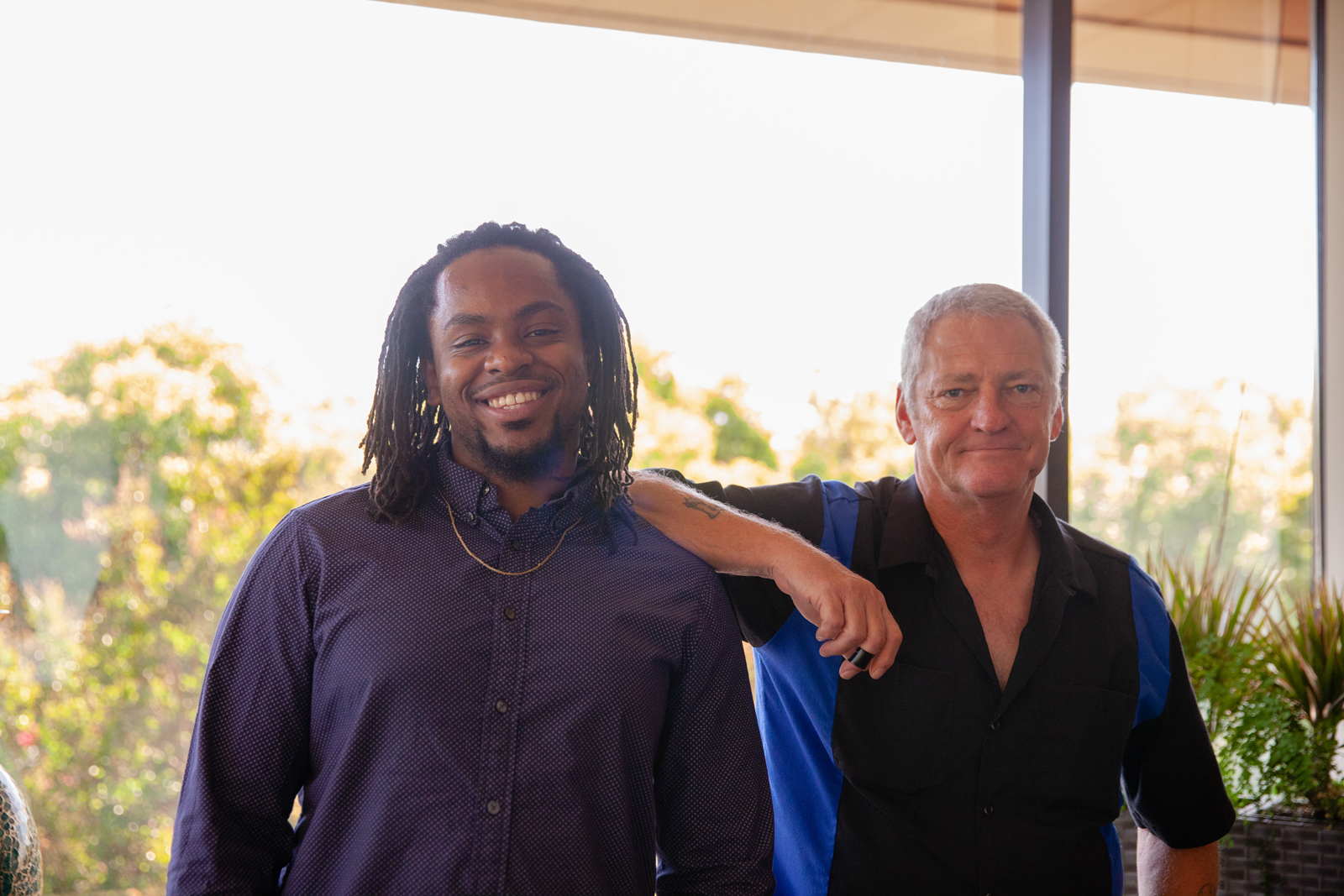 When the fire swept through the Mark West Springs area of Santa Rosa on October 9 2017, Bill Chaplin was sleeping with his windows open. He woke up to his house, a place he had worked hard to keep, after years of homelessness, filling with smoke.

“The entire horizon was on fire,” he recalls. Thinking quickly, Bill broke down his neighbors’ door to alert them to the fire, likely saving their lives. His truck wouldn’t start so they evacuated in his neighbors’ car. By the time they got out, the asphalt in the driveway was on fire.

That night Bill lost his beloved pets, his home, his truck, his woodworking shop, and all of his building tools. Losing the stability of the home he loved, was doubly painful because of Bill’s past struggles with homelessness. “After working so hard to get off the streets I didn’t want to go back there again. I worked too hard to get away from that.”

Facing the knowledge that the owners would not be rebuilding the property, Bill was forced to couch surf and stay in hotels for about nine months while he looked for a stable place to call home. He found that place over the summer, renting a room from a friend who is involved in theater production, a trade Bill knows well as a founder of Shakespeare in the Cannery.

Trained as a general contractor, Bill specializes in building sets for local theater companies. Theater is a passion for Bill and a source of family and community, as well as livelihood. But losing his home, workshop, and tools has meant that Bill has been unable to work, as he had to focus first on finding a new place to live, and then on beginning to rebuild his collection of tools.

For support, Bill turned to Community Action Partnership Sonoma County (CAP) and has been working with Wade Anilus, a disaster case manager with CAP. Wade helped first to try to find housing, and now to support Bill’s continued recovery from the fires. “It’s day by day: there were a couple of times after the fire where I really fell into a bad depression,” says Bill. Being without work has left Bill feeling restless. “My housemate loves me, because I’ve been doing the dishes all the time and cleaning. I have to do something; I’m ready to get back to work.”

As a case manager working with people who lost everything in the fires, Wade has seen firsthand how significant having a safe and dedicated space for fire recovery can be, and how emotional. “I generally begin with the emotional health of a client; if they are overwhelmed, it’s difficult to address the steps for rebuilding their lives. Oftentimes, people first just need someone to speak to.”

He counsels and connects people to housing resources, insurance advocacy and education, legal support, mental health services, and access to money for tools and material needs, among others. Eventually, he says, “The plan is to figure out where they see themselves in three to five years. We want to get them back to more than baseline, and expand their horizons.”

CAP provided Bill funds to purchase a new set of tools, and Wade has been supporting Bill’s efforts to find work.

Bill is firmly focused on what comes next. “It’s going to take me a while to get back everything I lost, but now that I have a roof over my head, stability, and tools, I can sally forth into the future.” He is eager to apply for jobs building sets again, and can’t wait to re-join the theater community he loves so much.

He describes his experience working with Wade as a “blur of awesome” and notes his gratitude to the numerous agencies who coordinated on his behalf, including CAP and Catholic Charities.

CAP and Catholic Charities offer coordinated disaster case management through a collaborative called Rebuilding Our Community (ROC) Sonoma County. The collaborative effort began just weeks after the fires, when nonprofit, governmental, and faith-based agencies stepped up to act as “second responders” in the fire’s wake.

At Community Foundation Sonoma County, we are honored to have helped ROC Sonoma County launch through grants from our Resilience Fund.