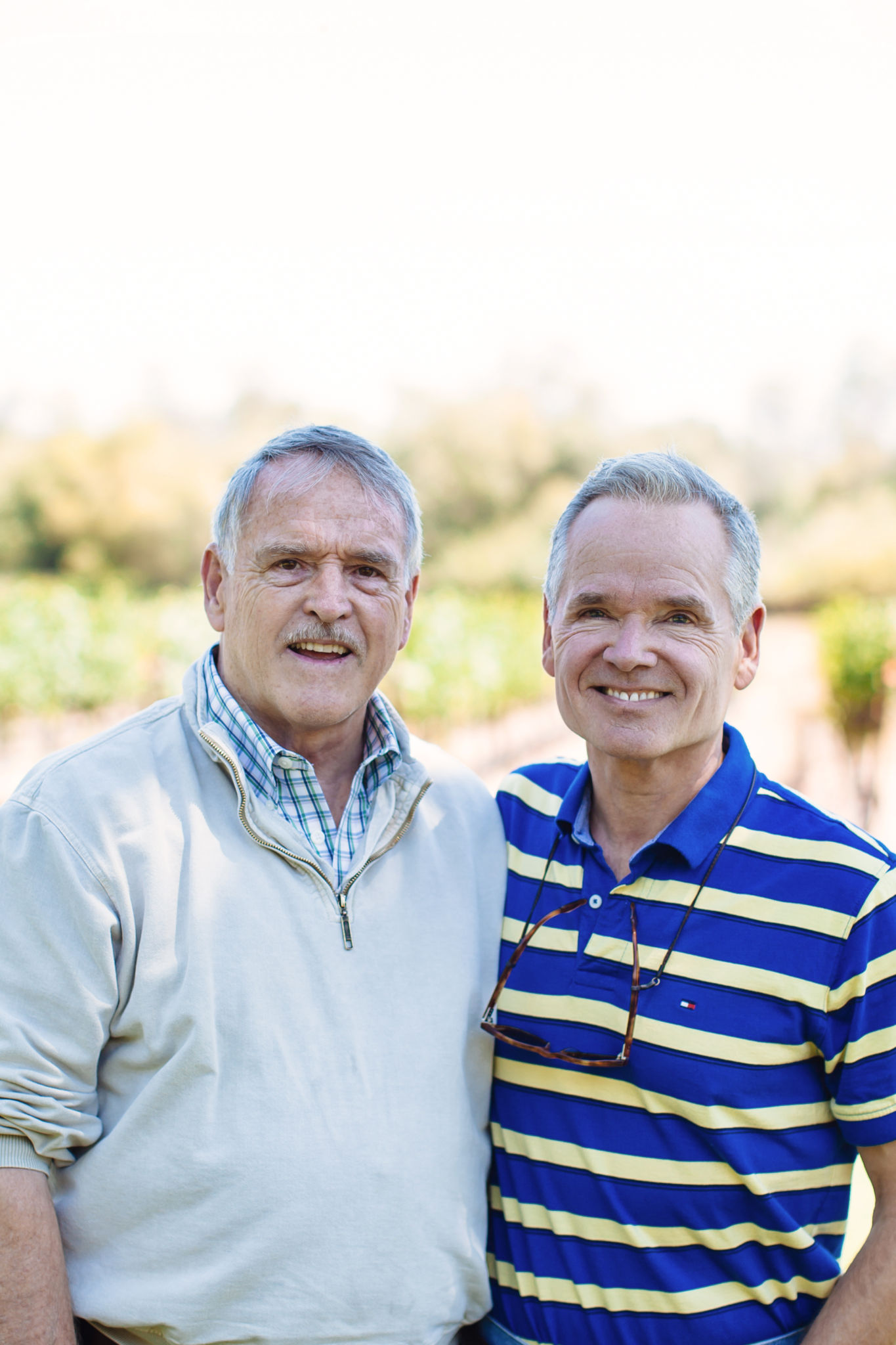 Posted at 21:37h in Featured Stories, Our Donors by Caitlin Childs

With Pinot Noir vineyards spread out below him, George Tuttle sits on his porch and surveys the West County home he shares with spouse Ben Cushman.

When asked to explain his philanthropy, he shakes his head. “The guilt factor is pretty high when you’re sitting here in Sonoma County on your nice deck and all of these awful things are going on all around the world,” he says.

Ben says, “Philanthropy is a learned practice that feeds on itself and, in my case, George was the one who made it clear many years ago that this was important.” He smiles. “I was not a hard case to convert.”

George is a retired corporate attorney; Ben is a retired CEO now active in nonprofit board work. The couple moved from San Francisco to Sonoma County permanently in 2005. Looking to become involved with their new community, they came to the Community Foundation.

Education, hunger, the international refugee crisis, and civil rights are among the causes dear to their hearts, and sitting on the porch ignoring those needs is simply not an option.

“For us,” Ben says, “there’s always a struggle around: Are we doing enough? Are we giving enough? Can we be doing more? We don’t have an answer,” he says, looking at George. “We live that question all the time.”