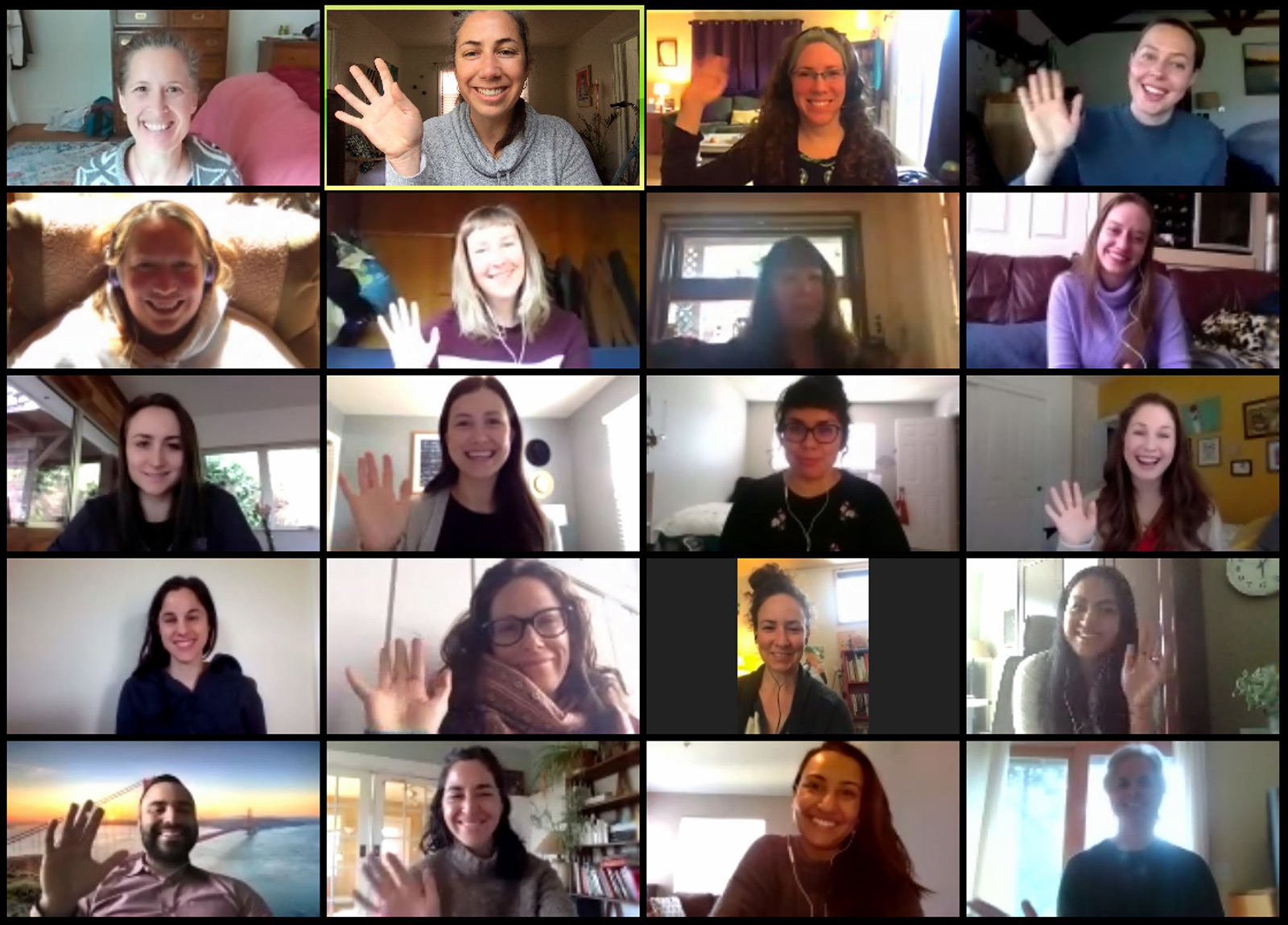 Established in 1993 by Sonoma State Professor Mark Doolittle, Support Our Students Community Counseling (SOS)  continues to draw on the original mission of supporting the wellbeing of Sonoma County’s youth.

“Mark created the organization with the idea that we’d keep doing exactly what we are doing: We’re supporting the community’s mental health, regardless of anyone’s ability to pay,” says SOS Executive Director, Becky Ennis.

Like other organizations that rely primarily on in-person connections, SOS found themselves scrambling to adapt when shelter in place rules were first announced.

It took the staff of roughly thirty therapists about two weeks to completely convert services online using to tele-health. Therapists transferred sessions to phone calls and video conferencing and Ennis says that although many clients were initially reluctant to use tele-health, most have since returned for services. For those that have yet to return, SOS staff members have taken a proactive approach and make short weekly phone calls to check in.

“As things start to really settle in, what we were seeing is that some people didn’t even realize how much [shelter in place] was affecting them until their therapist called and asked those questions,” says Ennis.

Social isolation has had a big impact on mental health and to fill the gap in much needed therapy services, SOS brought four new therapists on board in early July and have an additional nine trainees—half of whom are bilingual—starting in new academic year this August.

Student trainees come to SOS through their training program, which assists graduate students working toward licensure hours. This, says Ennis, is a win-win for both trainees and clients alike.

SOS has three mental health programs to serve the community, including a traditional clinic model. Therapy seekers call an intake office line and get set up with a therapist. Ennis says these services are available with a sliding-scale fee and serve people across the spectrum: couples, singles, children, families.

SOS is able to provide low fee options for these students and their families because of generous grants that support their work.

“This is where the Community Foundation has been integral in allowing us to serve marginalized communities and those that are just not able to afford it for whatever the reason,” says Ennis. “They are truly allowing us to do the work that our mission says that we do.”

Ennis acknowledges that while people across the globe are being confronted with the coronavirus pandemic, and many Americans are being impacted by civil unrest, Sonoma County youth have had an especially challenging time in recent years with the compounding effects of the fires and floods. And as we move closer to fire season, emotions may be exasperated.

All of these things are being brought into therapy sessions. She says that the combined impact of these traumatic events, however, can provide an entry into reducing mental health stigma.

“There’s a compound effect happening here,” says Ennis. “And I think what I’m watching is the compound effect of all of these traumatic events finally becoming a tipping point for a society to now talk about mental health in a way that’s no longer shameful and recognizing that it needs to be addressed just as much as having to get out and take a walk because you want good cardiovascular health.”

From a donor perspective, Ennis says it’s hard to find people who want to donate to mental health issues.

“I think historically it isn’t talked about, and it’s not very tangible. For the most part, people want to see where their money is going. They want to see some objective output or physical impact,” she says.

Ennis certainly hopes the rising awareness of mental health starts to change that, and that she credits donors from Community Foundation Sonoma County who have helped with what she calls SOS’s hard “heart work”.

Looking forward into the oncoming academic year—and with all of the uncertainty that comes with it—staff at SOS have come up with three separate plans that can quickly adapt to school district’s needs, regardless of the instructional format. In California, timelines to reopen schools are uncertain, and there remains a gray area regarding what that might look like for students, teachers, and the staff at SOS.

“We’re trying to get creative, but I’m really concerned. The youth that we work with are resilient and at the same time, things have compounded for them. I feel like if a student was a freshman at that time {of the 2017 fires], their whole high school career now has been filled with a crisis after crisis every year,” says Ennis. “Everyone’s got a certain amount of resiliency but it’s boosted by establishing connections to others. It’s about having relationship. It’s about being able to know who you can trust to talk to about whatever’s coming up for you. And a lot of that has to do with presence and frequency of contact. That’s really going to be a sticking point for any mental health provider on campus for students if you can’t physically be there. It will be a challenge for all of us.”