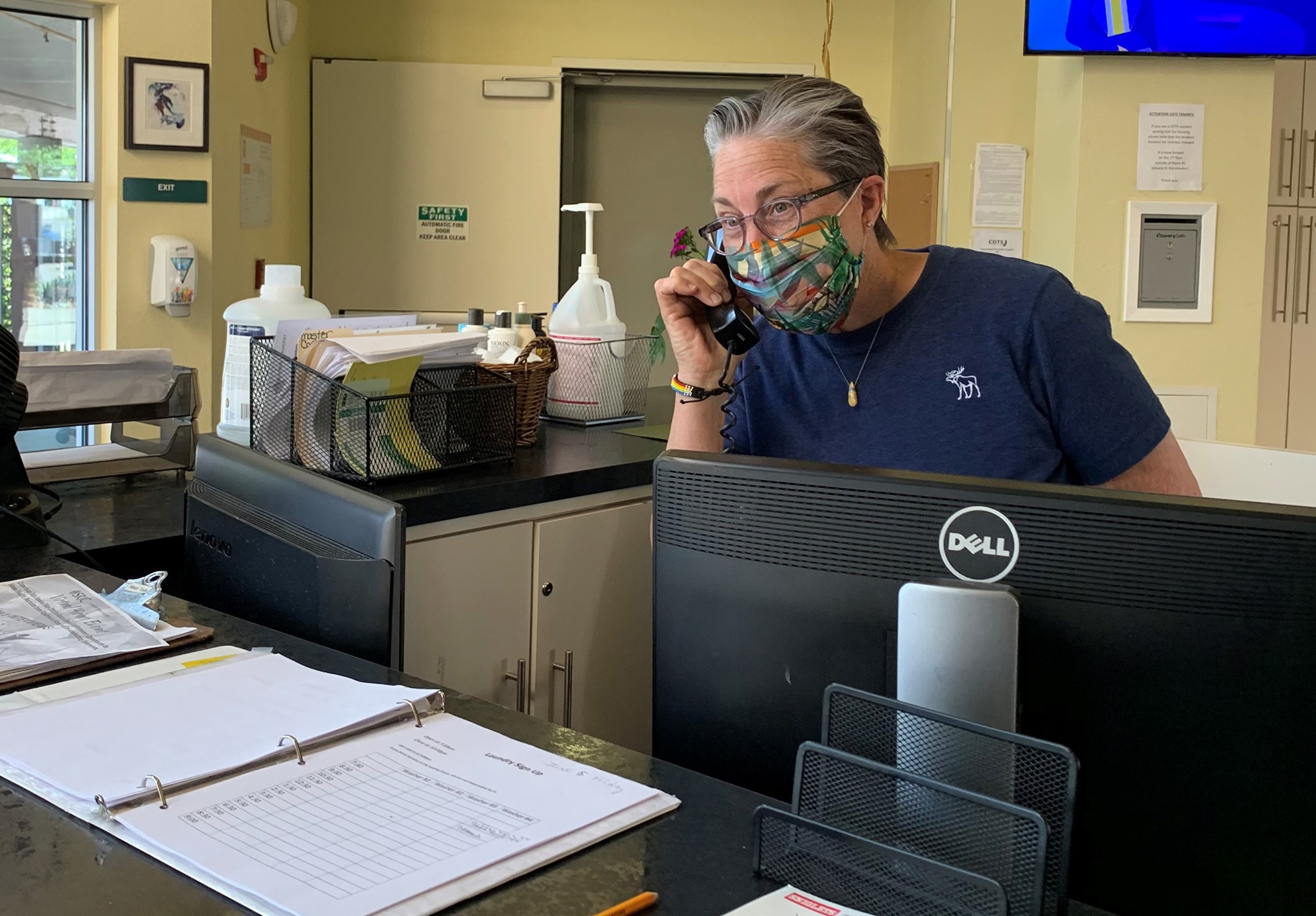 When news of the coronavirus first hit the U.S., the staff at COTS (Committee On The Shelterless) stepped into action to ensure the unhoused population they serve would be protected. COTS operates the 112 bed Mary Isaak Center Shelter in Petaluma, and staff knew that sheltering in close proximity to others would make people living in shelters exceptionally vulnerable to COVID.

The center quickly implemented physical distancing in the shelter, reducing the number of residents (by refraining to fill available beds as clients moved out) to a mere 56 at the peak of shelter in place. Director of Development Jamieson Bunn said that as of mid-July, the shelter population was closer to 80, where they hope to remain as the pandemic continues.

Bunn says that because of their reduced capacity some of those not able to find shelter at the Mary Isaak Center—particularly the elderly—were sent to temporary housing at Sonoma State University. Others, Bunn says, continue living in homeless encampments around Petaluma.

“A lot of the folks who are living on the streets don’t want to come into a shelter bed right now. And it’s not that they’re opposed to it in general, I can’t speak for everyone,” says Bunn. “But I think right now, people who are in the encampments are just more wary of the shelter because the rate of transmission could be very high if someone was to catch an infection.”

To protect those accessing beds at the Mary Isaak Center, sanitation stations have been added to the shelter’s dining room, which has discontinued its food line and now provides table service. Strict sanitation practices have been implemented throughout the site. Additionally, Bunn says that residents have adapted by sleeping in head-to-toe formation in order to further distance themselves from one another.

The shelter also received a private donation from someone in the medical field that ensured that staff and residents were able to be tested for COVID-19.

“We didn’t test the entire shelter en masse, but that has allowed us to make sure that anyone who’s presenting symptoms does not had COVID and we’ve been fortunate to remain COVID free,” says Bunn.

Outside of the shelter, Bunn says that outreach staff are busy connecting with people living in encampments or are otherwise unhoused, efforts that have been made possible through financial support from Community Foundation Sonoma County. Outreach workers either bring clients into the shelter program, or make sure they’re accessing the services to get the help they need. The goal is to connect with as many unhoused people as possible.

Moving forward into the fall and winter months and the uncertainty that COVID brings alongside the growing income disparities and job insecurity for millions of people, Bunn says that homelessness prevention will be an important aspect of the work COTS does.

“Some people are going to come to us who aren’t yet on the streets, but are facing eviction or have lost their jobs. We’re trying to be as prepared as possible,” says Bunn. “The funding from the Community Foundation was fantastic, specifically because it helped go to general operating support, which allows us to be a little bit more agile as situations arise that we might not have expected six months ago.”