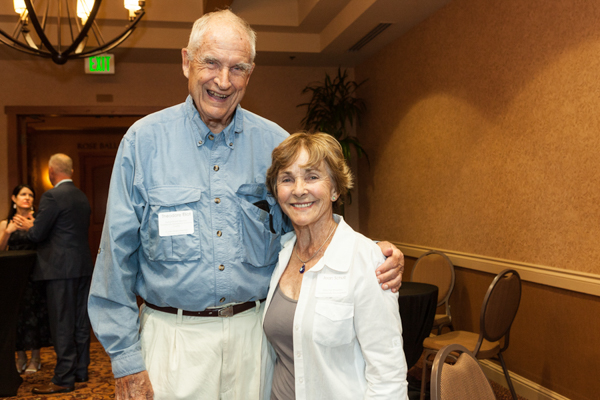 Posted at 21:56h in Featured Stories by Caitlin Childs

(Pictured: Ted Eliot and Jean Schulz at an event in August 2017)

Last week we lost a remarkable community leader and dear friend, Ted Eliot. Ted served for nine years on the Community Foundation Sonoma County Board and then transitioned to serving on our Sonoma Valley Fund Board. He was still very active on the board and two key committees at the time of his death at age 91.

Ted leaves a remarkable legacy, both globally and locally. His active engagement with the foundation was on local issues, particularly his beloved Sonoma Valley, and his deep commitment to environmental conservation. Ted brought 30 years of experience in the US Foreign Service and State Department, including as ambassador to Afghanistan, to his volunteer roles. To us, Ted was always The Ambassador and he reminded us of the interconnectivity between issues local and global, and of the lost art of diplomacy.

Ted kept alive with him both the lessons of history and hope for the future. A father to two sons and two daughters, with nine grandchildren and three great-grandchildren, Ted was a strong advocate for children and shared deep concern for the state of the world we were leaving next generations, especially around climate change and the fragility of democracies. At the same time, he had great optimism of the innovations that would come from our children. We will miss him tremendously.