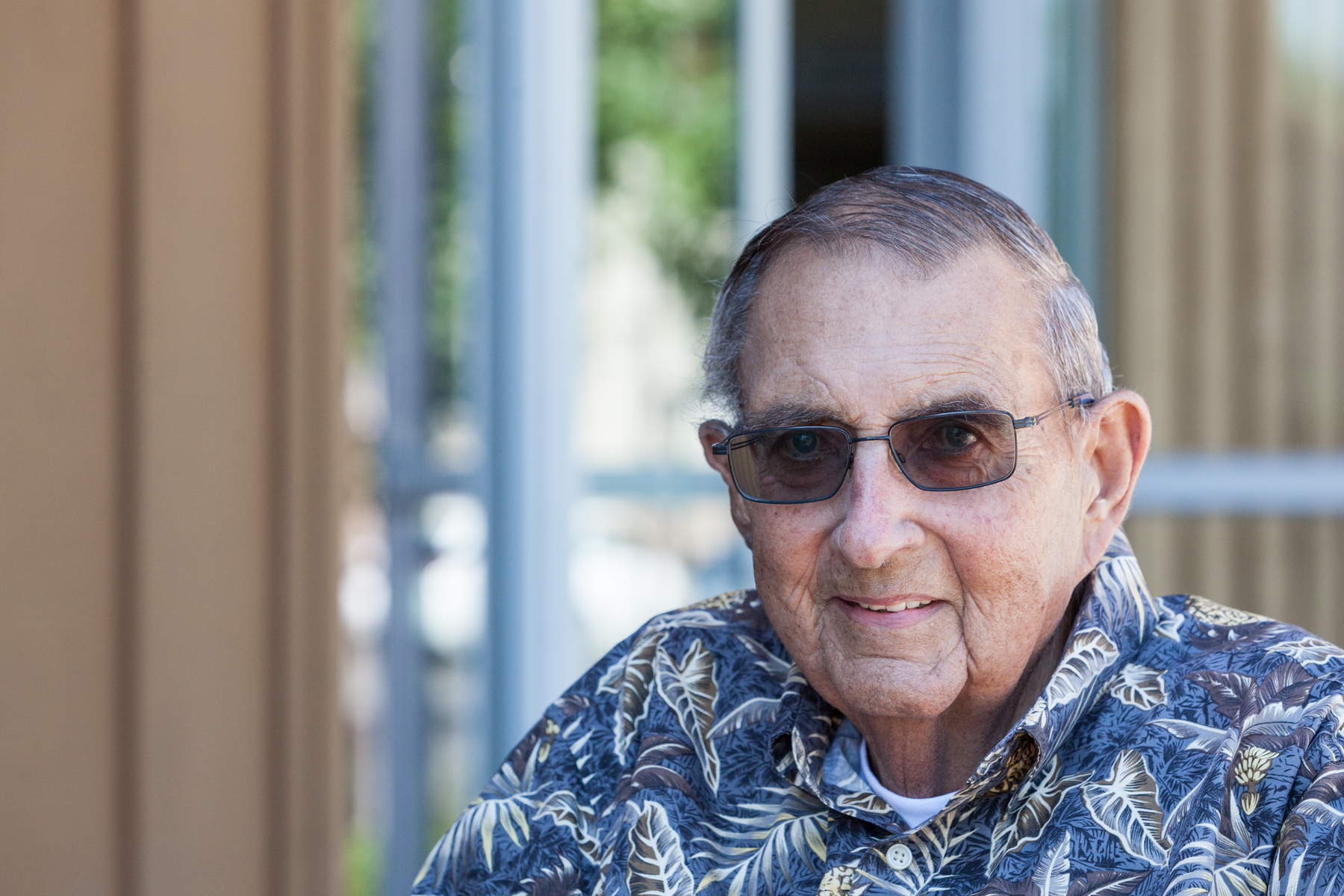 Posted at 20:52h in Featured Stories by Caitlin Childs

We are honored to remember our friend and donor Richard Kunde, who passed away last week at the age of 75. Richard and his late wife Saralee became donors to Community Foundation Sonoma County in 1995, and we highlighted their legacy of giving in our annual report last year. Here is the story, first published in August, 2016:

It has been famously said, “For it is in giving that we receive.” For Richard and Saralee Kunde, the community support they received in their lives and ventures overflowed into extraordinary giving back.

It would be challenging to find two people more ingrained in the soil and the agricultural institutions of “deep Sonoma County” than Saralee McClelland Kunde and husband Richard Kunde. The dynamic duo of all things agriculture met at the Sonoma County Harvest Fair, an event Saralee supported since inception. Today Richard lives without his beloved wife, who passed away in 2014 following a diagnosis of cancer.

Richard speaks of his partner in life in the present tense and admits that throughout each day many of his thoughts are dedicated to appreciation for her. “Both of us feel so blessed as to what the community has done for us, and we are privileged enough to be able to give back. And when we give back, it’s just an unbelievable response in return.”

Both Richard and Saralee grew up in families rooted in the local landscape—families involved in giving to the community. “Our notion of philanthropy came from both sets of our parents. My dad was very involved in the dairy industry and loved to go to livestock auctions at the County Fair, buying animals no one was bidding on, raised by 4-H kids. He bought many animals—he didn’t want any kid to feel left out.

Dad grew cherries, had dairy cattle, livestock, vegetables and vineyards. As a kid I remember going to Santa Rosa with him to peddle the corn at supermarkets. He backed the fairgrounds and various agriculture groups. Saralee’s family did the same. Her brother, to this day, is on all kinds of boards, serving just like their Dad did, totally dedicated to supporting the dairy industry,” Richard remembers with fondness.

Although Richard’s accomplishments are legend and legion, it was Saralee who inspired everyone she met and worked with, through her vision, energy and “get ‘er done” attitude. Born in San Rafael, she grew up on a dairy farm in Novato, then a ranch in Two Rock, outside of Petaluma. The cows grazing the pasture were her passion, and ranch life cemented her love for agriculture. For over 40 years she worked tirelessly to promote, enhance and preserve all things Sonoma County agriculture. 4-H was the showplace for her childhood’s prized cows, including her favorite Echo, a Holstein that would come when she called. The learning, camaraderie and fun she had in 4-H stuck with her throughout her life and greatly influenced the gifts the couple has made. Later in life, the 4-H experience translated to a love of county fairs. Once she and Richard married in 1982, the two were inseparable and unstoppable.

As their businesses and community involvements grew through the power of their partnership, they began to give back to the community that helped make their successes possible. They opened their donor-advised expendable and endowed funds at Community Foundation Sonoma County in 1995. At their request, Community Foundation makes grants to organizations related to their interests, primarily agriculture, education in agriculture, and to support Sonoma County Fairgrounds. 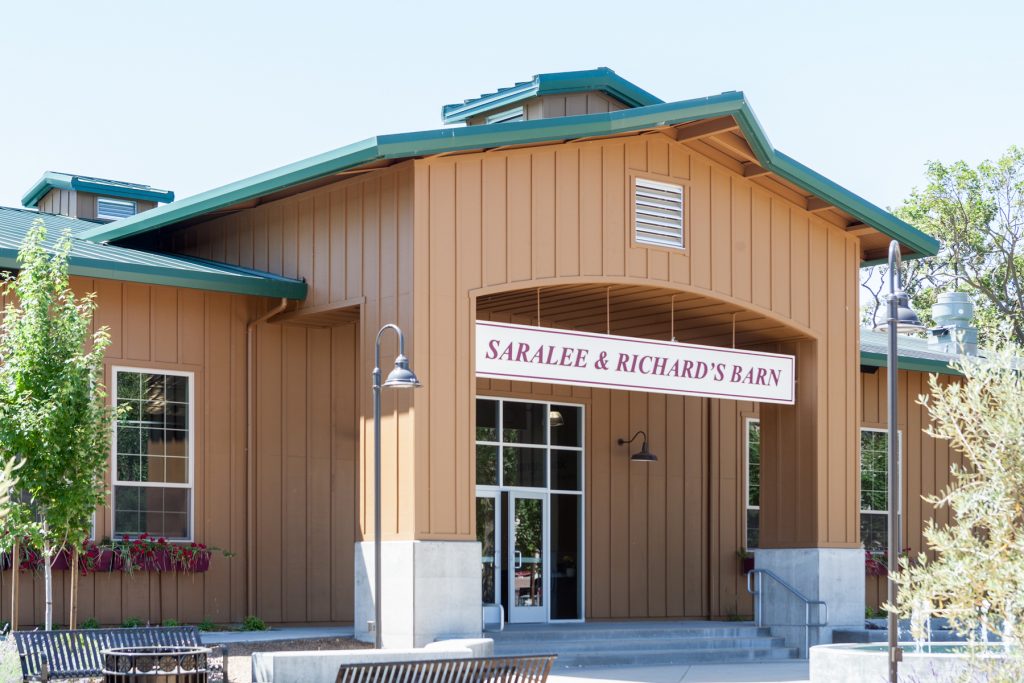 The couple purchased land in 1988 outside Windsor, converting silage fields to premium vineyards and the property’s barn to their home. Saralee’s Vineyard and Richard’s Grove were the magical sites for countless fundraisers for community nonprofits, including the 4-H Foundation, Russian River Valley Winegrowers Association, and Sonoma County Fair, where Saralee served on the board of directors. Richard recalls, “She loved the fairgrounds. I had to coax her to leave there after we bought our land, telling her, ‘We’ll build a new fairgrounds here just for you.’“ That promise became Richard’s Grove.

Richard continues, “She always loved the 4-H, and was instrumental in getting the 4-H Foundation going and getting the building at the fairgrounds built. It’s a year-round educational facility and exhibition space during the fair used for hands-on demonstrations. It’s designed to educate the community about agriculture and what agriculture does for the community. It was her lifelong dream and she passed away before it was built. We raised over $3 million from the community in her honor.”

Recently, Richard donated $1 million to support agriculture education in the county and to create opportunities for students to experience agriculture-related jobs through internships at local dairies, farms, vineyards, wool-growing operations, and ranches. Richard explains, “We’ll create internships, no matter what area of agriculture a student is interested in, and we’ll pay part of the salary and the grower or farmer will pay part of the salary. This will really help the future of any industry, from tree farming to dairy to vegetables to vineyards.”

Like Richard’s memories of Saralee, the Kunde Funds will live on, inspiring and supporting future farmers, growers and vintners. Good friends Jim Pratt and Tim Tesconi will act as successor advisors, keeping alive our agricultural heritage and the dreams of an appreciative couple.