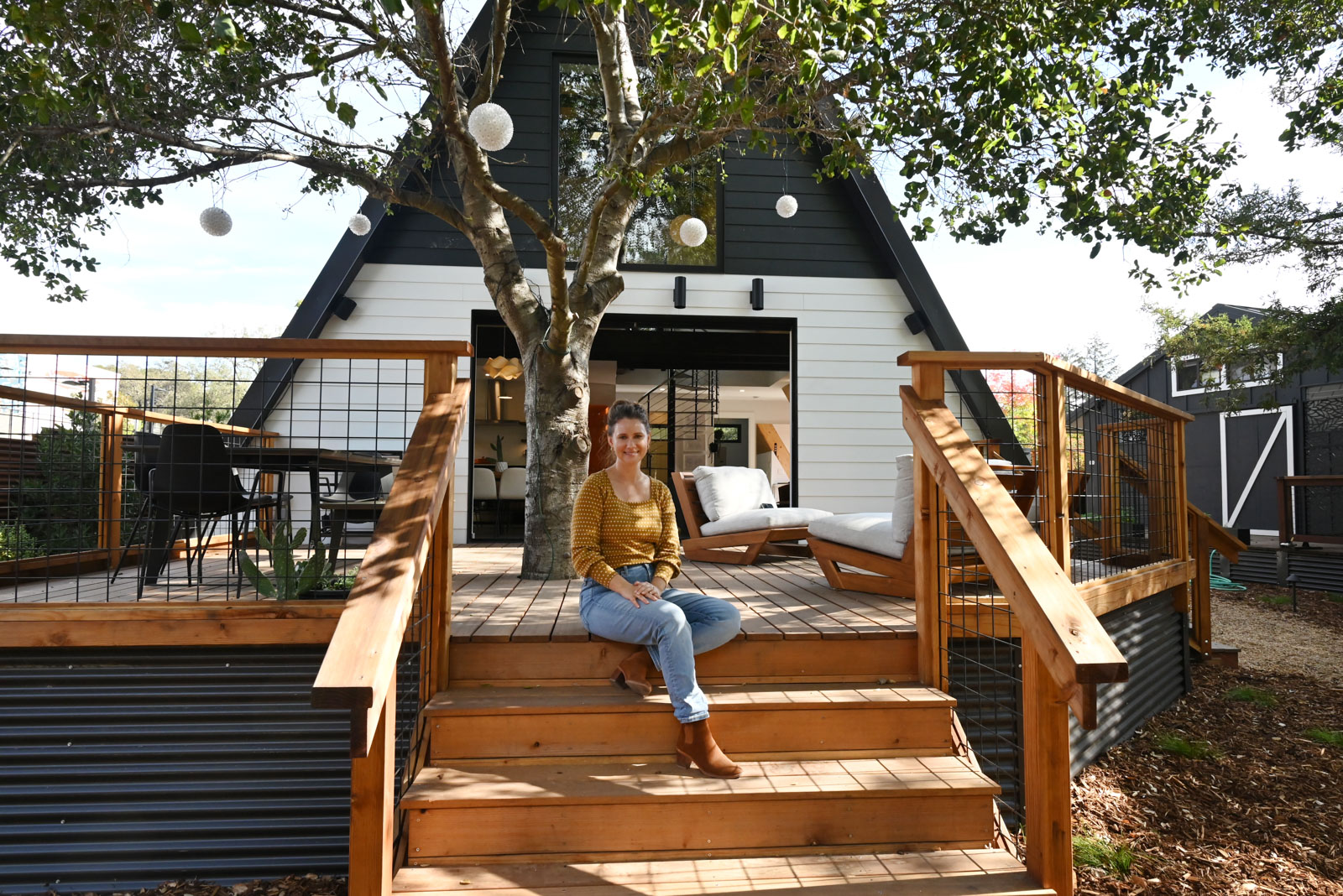 “The cost per door to build one unit of deed restricted multi-family affordable housing is in the ballpark of a million dollars per unit,” says Center director Renee Schomp, noting that the average cost for an ADU is a fraction of the cost—just $250,000.

While still cost prohibitive for many, California has been pushing to make ADUs easier to build with state law changes in 2017, and again in 2020, making it so that most parcels in the state are eligible to build both one ADU and one junior ADU. Moves that should, over time, help address the housing shortage here in the North Bay and around the state.

Still, it can be challenging for homeowners to navigate the design and building process, even with more streamlined building codes. Schomp says that research from Pacific Northwest regions that have more ADUs, like Portland and Vancouver, indicated that community education and outreach could have a significant impact on moving people from thought to action on ADUs, as well as some one-on-one handholding.

“Which is what Scott [Johnson, ADU expert at the Center] does through our ADU feasibility consults,” says Schomp.

Napa Sonoma ADU Center works with homeowners directly through outreach and education. Roughly 2,400 people subscribe to their newsletter, they’ve completed over 300 hour-long and then customized reports about their feasibility consults. They’ve answered questions for over 550 homeowners, and they’ve posted over 29 webinars and events with almost 2,000 attendees. And as social distancing requirements loosen, they hope to continue offering more in-person events, showcasing pre-fab ADUs. And for those who can’t make it out to meet Schomp and Johnson in person, they host an online webinar library to learn more about ADUs.

There are 50 different, very diverse ADU plans on their website and “about half of them are going to very soon be considered pre-reviewed with the hope that jurisdictions will provide fee waivers or cap fees and expedite permit applications for those pre-reviewed plans,” says Schomp. “They run the gamut in terms of cost and aesthetic and size. You can filter them by all different filters, like fire resistive construction, universal design, accessible, solar ready, et cetera.”

“We’re hoping this will help homeowners save a lot of time and money with the ADU permit process and the design process,” adds Schomp. “And we’re really excited about it.” 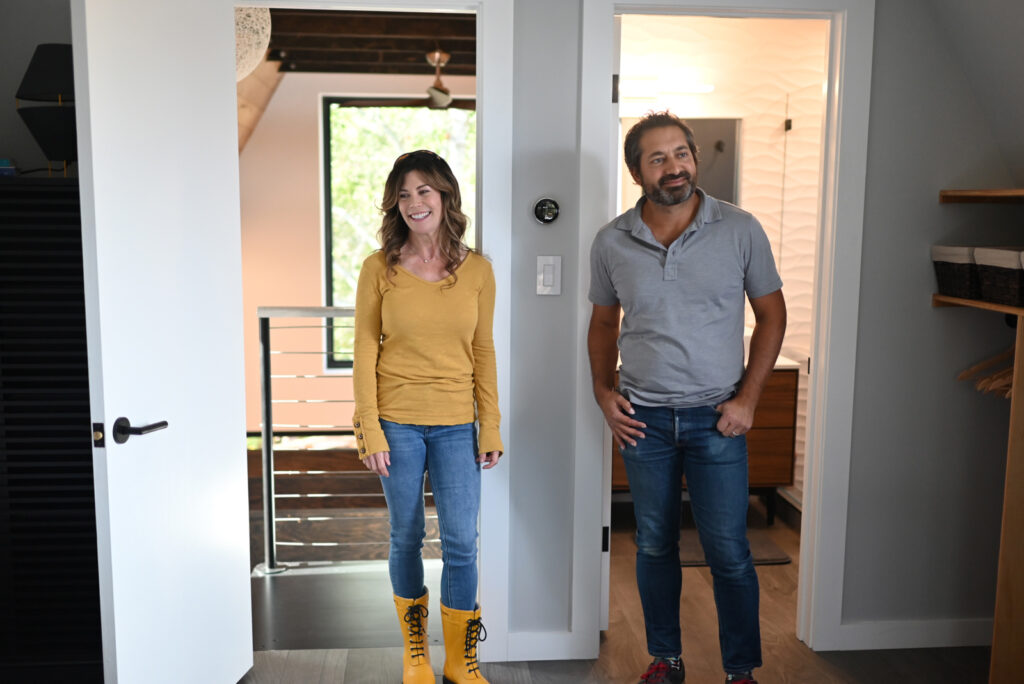 Before launching their support for homeowners, the Center worked behind the scenes to help coordinate efforts across the cities that make up Napa and Sonoma counties. “We did a bunch of market research, interviews, focus groups, talked to the local cities and counties, and they were really excited to get support from a separate nonprofit entity to do that community engagement, education, outreach, to move the needle on ADU development.”

There are five categories of ADUs; one is a conversion of an existing part of the primary home, such as an attic, basement, bedroom, den, or garage conversion. Another is a totally detached backyard cottage. Some are above a garage. They are often referred to by various names like granny unit or mother-in-law suite.

“All of those are types of ADUs,” says Schomp. “But basically, it’s accessory to the primary dwelling. In a lot of places, they can be as small as 150 square feet and as large as 1,200 square feet.”

In January 2020, the State of California, in a move to reduce some of the red tape in creating more affordable housing, mandated that permit applications be processed within 60 days of receiving a complete permit application. Because of staff shortages and other issues mostly related to Covid, many local jurisdictions have not met these requirements and Governor Newsom recently signed four new bills related to ADUs into law again, which go into effect in January 2023. At the same time local governments are going through their housing element process, laying the groundwork and the plan of action for an eight-year cycle, working to meet their regional housing needs allocation (RHNA) goals.

“So, there’s also much more pressure from the state along with actual punitive actions taken against cities and counties that don’t meet their requirements, that don’t take the steps needed to make it possible to meet those RHNA goals,” says Schomp. “Our organization has done a ton of work in the background, working and giving feedback and input on all of the different jurisdiction housing element drafts, and drafting policy.”

Schomp has written multiple reports and has conducted research on diversity, equity, and inclusion, sharing how local jurisdictions can affirmatively further fair housing through accessory dwelling units. She also highlights steps to take to ensure that ADUs are truly meeting the needs of BIPOC communities and lower income communities, further working to make accessible, affordable housing a priority in The North Bay. 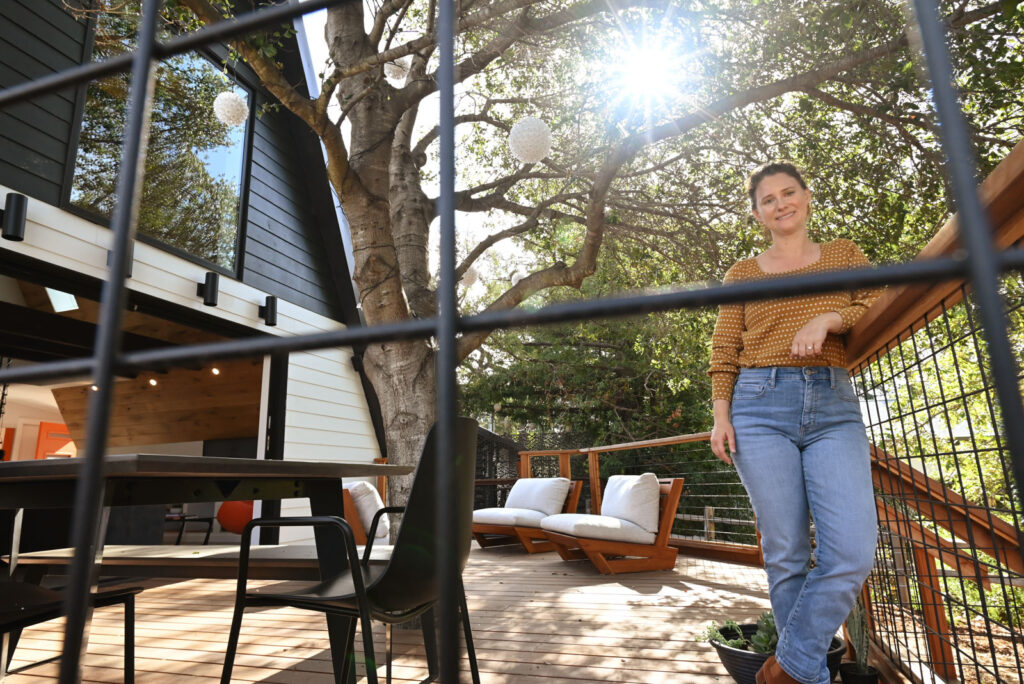