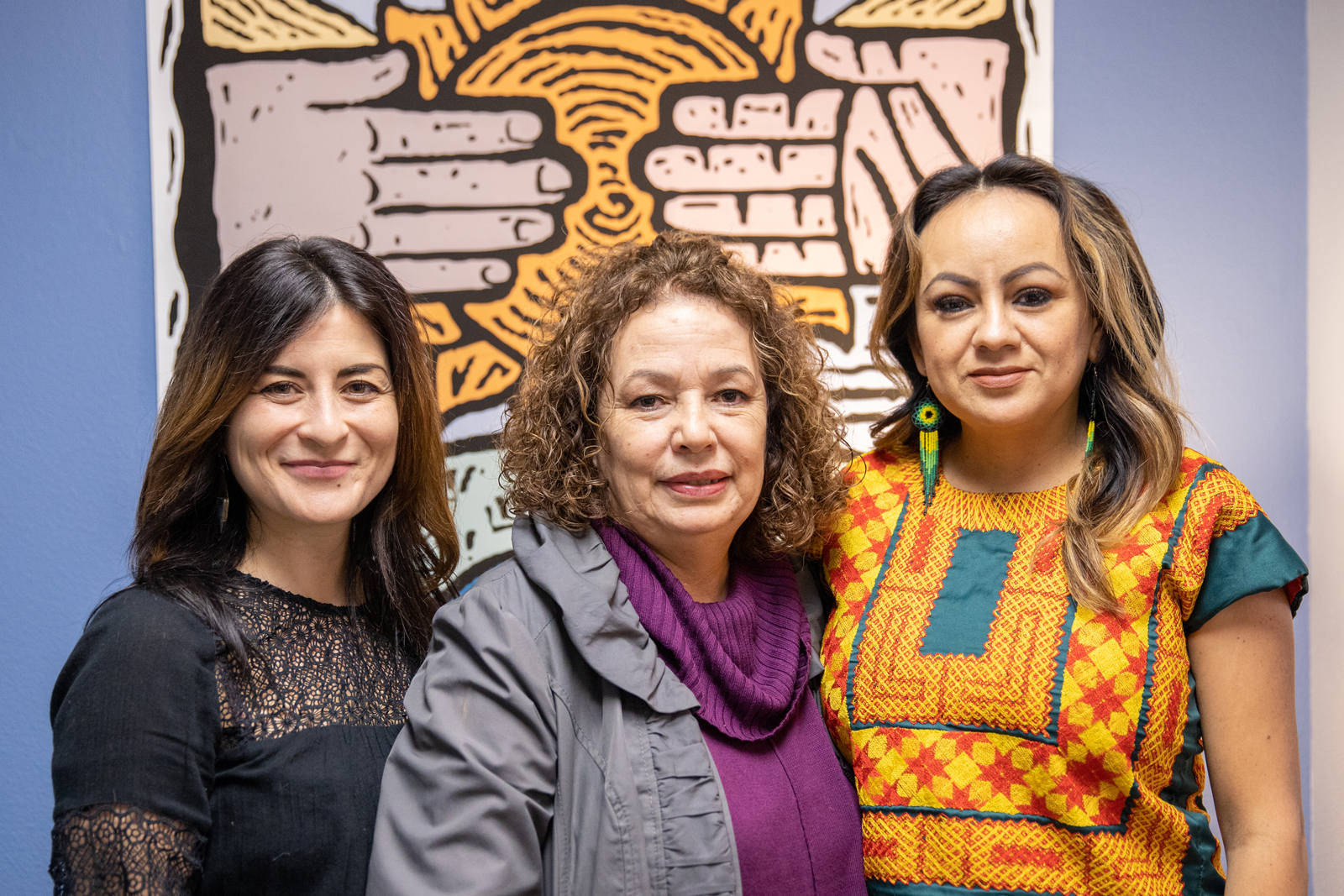 UPDATE: this article was published before Sonoma County’s social distancing and shelter in place. Humanidad continues to provide mental health services during this time, and are offering remote appointments with clients.

When Isela Vigil lost her Santa Rosa home in the 2017 fires, anxiety and depression both surfaced immediately. She knew she needed support to navigate her traumatic experience.

“My anxiety was really bad. It was to the point where it was starting to affect me physically because I was already dealing with stuff before the fires,” she says. “And then with the fires, it just made things ten times worse. For a while I had to take anxiety medicine.”

Because she was referred to and had signed up on the waiting list for services at Humanidad before the fires, she was able to establish one-on-one therapy in November of that year. She says the counseling services have helped her immensely and, while she is still utilizing therapy services, she doesn’t need to go as frequently as she used to.

Vigil is one of many Sonoma County fire survivors who benefit from sliding-scale psychological recovery services at the Santa Rosa based Humanidad, a family mental health agency focused on providing affordable bilingual, bi-cultural services to the Latinx community.

In addition to the fire survivor support program, Humanidad offers an array of mental health services, including either a one-time, two hour or an eight-week group covinvencia-a program that Christina Zapata, a program manager and licensed clinical social worker at Humanidad, says are groups to help reduce stressors and stigma sometimes associated with mental health.

“These are community-based community gatherings. One of the intentions is to normalize mental health care,” says Zapata. “The convivencia model that Humanidad uses is blending mental health concepts with Latino culture—the layering of cultural heritage and bringing in elements of our culture to a welcoming environment.”

The agency also has a school-based counseling program, and another important aspect of their work is to train and support those interested in pursuing their mental health professional licensure. Trainees are paired with licensed staff for individual clinical supervision and paired with a group supervisor for the training.

Although Zapata says the agency does have a waiting list for potential clients, the grant from the Resilience Fund has ensured that the fire survivor program Vigil has benefited from is financially accessible. Zapata says that market rate therapy sessions can cost uninsured clients anywhere from $70 to $150 for a 50-minute session. Humanidad’s sliding scale for this program starts at $25 per session.

Moving forward, Humanidad is part of an initiative to work more closely with the American Red Cross in order to better serve the Spanish-speaking community during times of disaster.

In the meantime, Vigil says that she continues to attend therapy sessions at Humanidad, and has never felt pressured to move more quickly through her process than what’s been comfortable and healing for her, as with other therapy experiences she’s had.

“I am really thankful that I got involved with this particular program because after the fires, it was a very, very difficult time,” she says.
Today, Vigil is living in her rebuilt home and has been able to discontinue her anxiety medication because of the support she’s received at Humanidad.

“I feel I’m slowly starting to get control of my anxiety. I feel a lot better,” she says. “I definitely feel like it has helped me. I feel I’m in a much better place than I was in November [2017].”