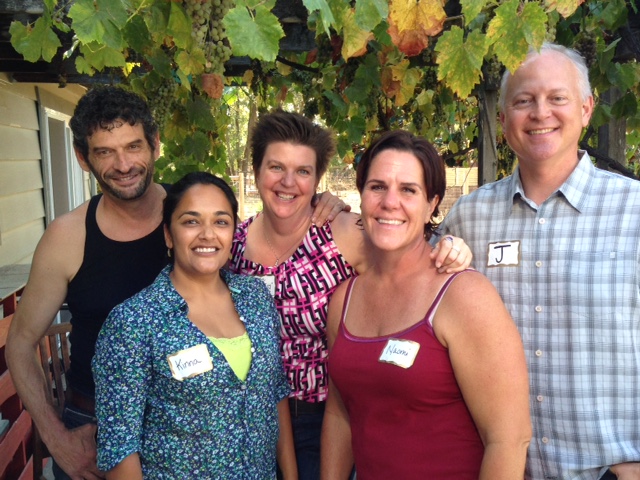 Posted at 18:29h in Donor Newsletter by Caitlin Childs

The LGBTQI Giving Circle of Community Foundation Sonoma County has recently made 5 grants to non-profit organizations that serve the needs of Lesbian, Gay, Bisexual, Transgender, Queer/Questioning, and Intersex (LGBTQI) residents of the region. The special grants were made through a collaborative group of people who launched the LGBTQI Giving Circle in April 2014 to connect LGBTQI people and increase awareness of and engagement in the issues that affect them in Sonoma County. Giving circles are groups of people who pool philanthropic donations and select beneficiaries together.

The members of the LGBTQI Giving Circle have identified three key areas of interest. This was followed by the solicitation of proposals from non-profit organizations with an emphasis on expanding, integrating and coordinating services for:
• LGBTQI Youth;
• Aging LGBTQI Population;
• LGBTQI Community Building.

Over 100 members of the Giving Circle each donated $500 to the pool of funds, resulting in $49,720 to distribute. Eleven organizations applied and five projects were selected for full or partial funding. They were selected through a review process of the entire membership. Grants were made as follows:
• $13,500 to Sonoma County Human Services Department Adult and Aging Services to provide cultural competency training and organize support groups to improve services to LGBT seniors
• $10,000 to LGBTQ Connections/On The Move to launch a Sonoma County LGBTQI youth empowerment initiative
• $10,000 to Social Advocates for Youth to provide outreach and services to homeless and disconnected LGBTQI youth
• $8,620 to Santa Rosa Community Health Centers to organize and produce a rural transgender community conference
• $7,600 to Community Matters/Safe School Ambassadors Program to work in two additional schools to create safe and inclusive school climates for LGBTQI students

The LGBTQI Giving Circle is growing and open to new members who are invited to consider joining this emerging community of people interested in improving life in Sonoma County. Social, educational and grantmaking meetings are held throughout each year. The objectives of this Giving Circle are to: Learn about the needs and opportunities for the LGBTQI community; Encourage and build a stronger network of people and resources; Donate money to a pooled fund; Decide together how and to whom funds will be granted; Foster a greater sense of community and identity for LGBTQI people in Sonoma County.

For further information about the LGBTQI Giving Circle, contact J Mullineaux, Vice President for Philanthropic Planning by email or at (707) 303-9620.