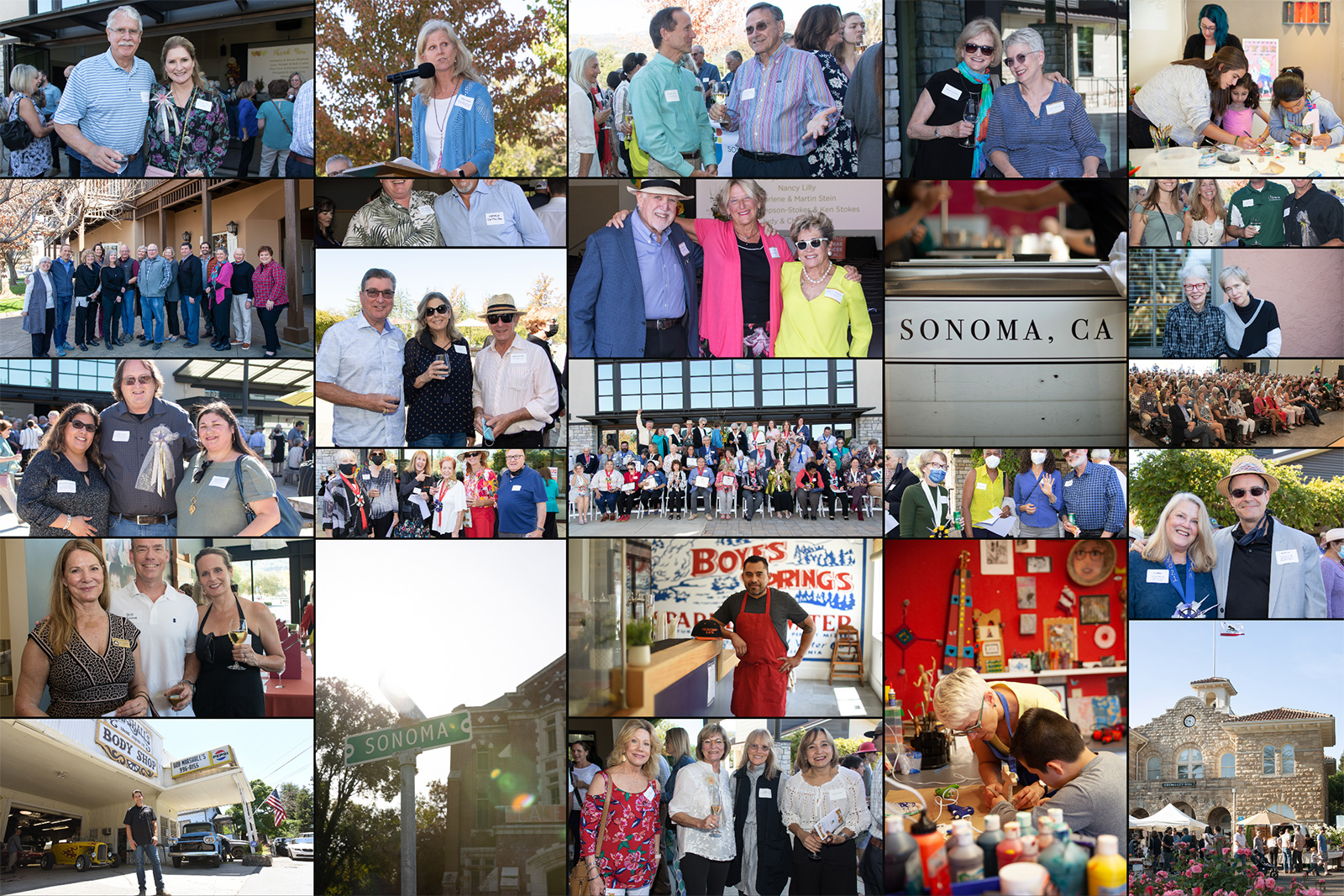 August 2, 2022 The Sonoma Valley Fund and The Sonoma Catalyst Fund: An Evolution

The Sonoma Valley Fund was born on a park bench.

In 2006, Sonoma über-volunteer Whitney Evans read an article about Healdsburg Forever, one of Community Foundation Sonoma County’s regional affiliates, which builds endowment funds and provides grants to nonprofits in Healdsburg and Geyserville to address community needs. He called fellow Sonoma resident Harriet Derwingson and asked her to meet him in Sonoma Plaza.

“We went over to one of the park benches, and I said, ‘Look, how about joining me and trying to create a Sonoma Valley Fund, similar to what Healdsburg has done?’ And God bless her, she said, ‘Yeah, I’d be happy to do that.’ That was the beginning.”

When Joshua Rymer became president of SVF in 2014, the field of philanthropy was beginning to expand from legacy giving to “giving while living,” and SVF began to examine its own strategy, which relied heavily on legacy giving. As part of that exploration into how to have the greatest impact on community needs in the Valley, Rymer and SVF board member Katherine Fulton, in partnership with the Community Foundation and the Sonoma County Economic Development Board, created a heavily researched report called “Hidden in Plain Sight.”  The report, released in 2017, provided a treasure trove of data highlighting the growing inequality of the Valley and the need for greater collaboration to address it.

But before SVF and the Community Foundation could fully act on the fresh information provided by the report, wildfires in 2017 and 2019 wreaked havoc on Sonoma County and the Valley. The back-to-back fires refocused the Foundation’s efforts toward disaster relief and recovery through the launch of the Sonoma County Resilience Fund in 2017, which to date has made more than $17 million in grants to support nonprofits working on the front lines of disaster recovery. The Sonoma Valley Fund board members were also shifting their goals, keeping an eye towards growing funds to meet these new needs, and helping connect nonprofit organizations together to weave a tighter support network for our marginalized communities.

And then, the Covid-19 pandemic hit.

The Sonoma Valley Catalyst Fund was born in a backyard.

In May 2020, the early days of the pandemic when schools and businesses were shuttered and fear and uncertainty reigned, former SVF board member Katherine Fulton helped gather a group of people in the backyard of Simon and Kimberly Blattner’s home. Simon, who was president of SVF at the time, says: “We had to do something immediately. It was pretty tough. A lot of our nonprofits just couldn’t make it on their budgets, and nobody left their houses, and people were starving — seriously starving.”

“It became clear to me that we had to do something more as a community, that we were going to be on our own,” Fulton adds. “We spent the summer trying to figure out what the need would be and how we could meet it better. SVF wasn’t set up to move as quickly as we needed to move, so we decided to do an experiment and create a fund at the Community Foundation that would be able to move very quickly. It came to be called the Sonoma Valley Catalyst Fund.”

The Community Foundation provided a $150,000 grant to start the Sonoma Valley Catalyst Fund, and the fund ultimately raised about $1.6 million, which has helped sustain the community through the darkest days of the pandemic. It also demonstrated a different relationship model between the Valley’s donors and community leaders and the Community Foundation, which then created a design process to determine ways to build on this success and make the model permanent.

“Catalyst gave us the opportunity to be a much quicker, nimbler, better thing,” Blattner says. “We moved pretty fast. When the hospital didn’t have the dough to put up the vaccine stations to inoculate everybody, we gave them the dough to do it, and it was up in a weekend. It was very impressive.”

Sonoma Valley Catalyst Fund will bring forward some of the hallmarks of SVF, including holding the annual STAR Awards celebrating local volunteers, encouraging people to consider legacy giving, and investing in data-based studies to identify the community’s biggest challenges. It will combine these elements with what Catalyst did best—raising and distributing money quickly and flexibly in partnership with local nonprofits to address the major challenges of the Valley.

“It’s a tradition in the Valley for people to be very volunteer-oriented, to be involved in organizations that serve local communities,” Rymer adds. “Of course, it’s important to be involved in national issues, but change starts at a very local level. So being engaged and involved in funding with local organizations that are helping to shape the communities we live in is really, really important. Philanthropy is critical. That’s what Sonoma Valley Fund was always about, and that’s what Catalyst will be about also.”