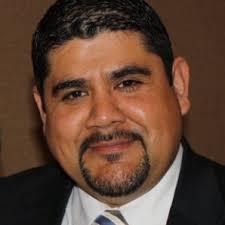 At the recent Hispanics in Philanthropy gala in Sonoma, 32 Latino philanthropists and community leaders from across the United States were honored for their generosity and unrivaled community spirit. One of the HIPGiver awardees was our very own Oscar Chavez, who serves on our Board of Directors.  We celebrate Oscar’s well-deserved recognition for his dedication to and leadership in creating a more equitable community.

Here’s the article from Hispanics in Philanthropy honoring Oscar:

As a foundation board member and former school board trustee, Oscar Chavez models community leadership with an eye on the future.

Chavez and his wife Christine live in Windsor, a small town in Northern California, with their four boys. They work hard to instill the same values that have propelled Chavez’s career in public service.

“We Encourage our boys to get involved and think about the injustices in our world and get them to be curious and question assumptions,” he said. “It is important to us, that they grow up with a real sense of purpose in life and a commitment to better our community.”

They have also offered valuable lessons in community leadership.

“Helping other people realize their potential and leading by example inspires giving,” said Chavez, who works as assistant director of the Sonoma County Department of Human Services, where he oversees the County’s Upstream Investments. It is a policy initiative that promotes effective and prevention-focused approaches to mitigate the negative impacts of poverty and inequality.

Chavez has a prolific track record of this type of leadership. For five years, he served as the executive director of the Community Action Partnership of Sonoma County, an organization dedicated to helping low-income families achieve economic and social sustainability while also building community.

Prior to that, Chavez directed a series of pilot initiatives for the Office of Economic and Community Development at Oxnard College in California. He also worked to increase college access to first generation low-income high school students at California State University, Bakersfield. In 2008, he was recognized by the North Bay Business Journal as one of the North Bay’s 40 Under 40 leaders and was the recipient of the 2012 Jefferson Award recognizing him as one of the County’s strongest leaders on poverty, education, and health.

Currently, Chavez serves on the Board of Community Foundation Sonoma County and Rise Together, a nine-county bay Area initiative to cut poverty in half by 2020. He is also a member of Sonoma County Latino Leaders (Los Cien) among others.

“We don’t get to where we are on our own; there are many individuals that I credit for helping me get to where I am today. These mentors saw something in me that, in my youth, I could not see for myself,” he said. “I really feel a sense of obligation to all of those people to give back and pay it forward by helping others.”

When Chavez was six years old, his parents immigrated to California from Tuxpan, a small town in Mexico’s Jalisco state. Two years later they sent for Chavez and his sister. Through the Immigration Reform and Control Act of 1986, Chavez became a legal resident and has remained in California ever since.

Chavez acknowledges the need to encourage young people to challenge misrepresentations that harm Latinos in general and immigrants in particular.

“In the Latino community, there’s so much abundance, and there’s a real commitment to helping others,” Chavez said. “Maybe it’s the immigrant mentality; there is always a hunger to do better and help others.”