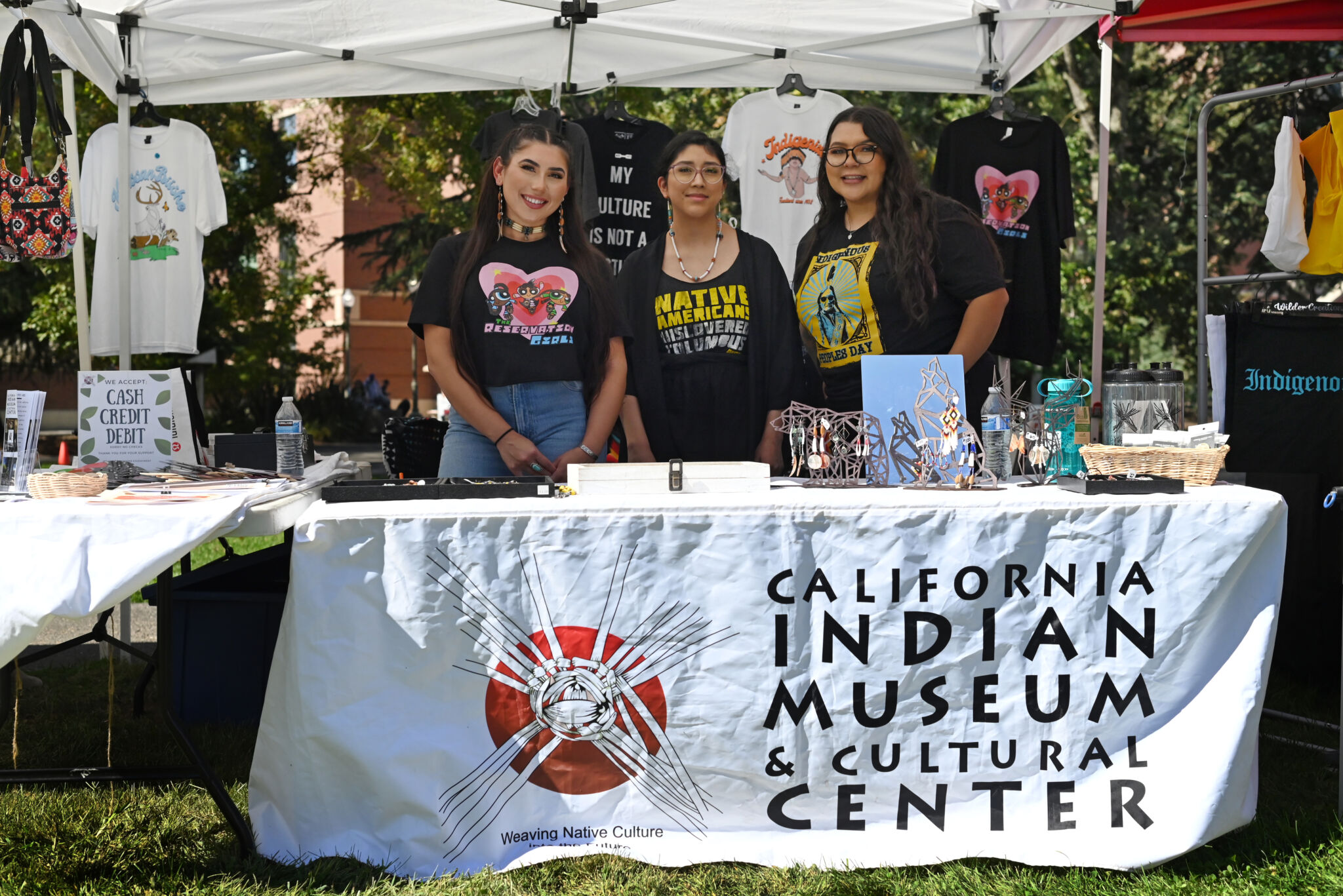 January 17, 2023 Healing through cultural arts at the California Indian Museum and Cultural Center

The California Indian Museum and Cultural Center (CIMCC) was founded in San Francisco’s Presidio district in 1996 and made the move to its current location in Santa Rosa in 2001. Funds from the Department of Education helped with purchasing a permanent home for the museum and its various programs celebrating California’s first people.

“Our programming is really built around educating the public about California Indian history and culture from a Native perspective,” says CIMCC’s Executive Director, Nicole Lim.

The museum has three permanent exhibits. One showcases baby baskets and childbirth traditions from different tribes throughout California, and another is an exhibit of Pomo foods called Acorns, Quails and Cattails.

The third exhibit highlights the story of Ishi.

“It’s a larger story about his life and how he survived the gold rush,” says Lim. “And also, how his story speaks for many California Indians that did not survive during that time.”

During the 2017 fires, Lim says there were days of uncertainty, when she didn’t know if the museum was still intact; it is in the Mark West area of Santa Rosa, where the Tubbs Fire destroyed numerous homes and businesses that year.

When Lim was granted access to the building, she said there were several people in the parking lot, passing time as they waited to gain reentry into their neighborhoods to see if their homes had survived the fire. Like other nonprofit organizations in the region, the museum jumped into offering direct support services.

“After the fires, we started realizing that there was an inequitable distribution of resources to our tribal community members, especially during the [rolling PG&E] blackouts. And there were a couple tribes that suffered from fires, and they just weren’t accessing emergency services,” says Lim. “We’ve been around a long time and we’re a community-based organization that has built a lot of trust with our tribal community members and we’re from those communities, so we started looking at that and creating proposals to get more equitable services and direct aid.”

With support from Community Foundation Sonoma County’s Resilience Fund, the museum has been able to continue offering support services through subsequent fires and the pandemic. They offer twice-weekly distributions of food boxes and other needs based on community assessments. During the pandemic, they began focusing on harvesting traditional teas and medicines and creating teas that promoted respiratory health for tribal elders.

“We work with nine tribal farms throughout the Bay Area to get different food resources and we try to keep up on what’s needed and how we can support that,” says Lim. “That rolled into our pursuit of becoming a resiliency hub.”

During the early days of the pandemic, Lim says the museum installed solar power so they could build up their own green infrastructure and keep the power on during the blackouts. They are currently working on a backup battery that will allow them to operate for 72 hours during a power outage.

“And we’re also doing planning for our warehouse space to turn it into a traditional food incubator that will include a teaching kitchen,” says Lim. “During the pandemic, we did a project called Resilient Native Generations, and we found that the tribal community is really prioritizing food sovereignty, a tool not just to be able to live off the grid during a pandemic, should we have another food shortage, but it’s also a really critical way to mitigate climate change if we’re allowed to apply our traditional ecological knowledge to the environment and steward it in the way we have since time immemorial.”

The museum has been open by appointment-only during the pandemic, a choice Lim says was based on the tribal community suffering a lot of losses during the pandemic. They’ve been gauging the comfort level of staff and community members and hope to reopen to the public again soon.

In the meantime, Lim says their youth programming, which engages youth aged 9 to 24, is going strong. Tribal Youth Ambassadors, a project launched in 2010, focuses on everything from participatory action research to ​​​​​​​​​​​​​​​​​​​​​​​​​Geographical Information System (GIS) mapping to different kinds of cultural preservation data spaces. Lim says they blend those skill building techniques with cultural revitalization, including working on apps on Pomo language and an exhibit on traditional foods. They even have a microenterprise called Acorn Bites, an acorn protein bar to bring traditional foods back to the daily lives of California Indians.

The museum has also been busy working on curriculums in ethnic studies, Native American studies, the Gold Rush, California missions and more.

“We’re hoping to come out with a math curriculum that’s related to basket weaving. We have a food sovereignty curriculum for middle school, and we came out with six new videos that support that. There are a lot of resources coming out,” adds Lim.

Of their newer programs that came out of the museum’s Resiliency Hub is the “Healing Through Cultural Arts” program. It was offered as a monthly online gathering during the early days of the pandemic as a place for tribal community members to come together. Lim says this program came during the fires when they didn’t know if the museum was still standing. Attendees made Pomo dolls, regalia, beading, acorn sourdough bread, and more.

“You think about all the things in the museum, the culture items and the losses, and our community is no stranger to losses. But what we did find is that what is important about the museum is not about objects. It’s our people who give those objects meaning and value and interpretation,” says Lim. “We wanted to focus on building those skills because the skills can’t be taken away. So, our Healing Through Cultural Arts is a time to learn traditional arts, but it’s also a time for our community to come together and focus on healing, not just from our history, but from all of the recent crisis and traumas we’ve been going through.” 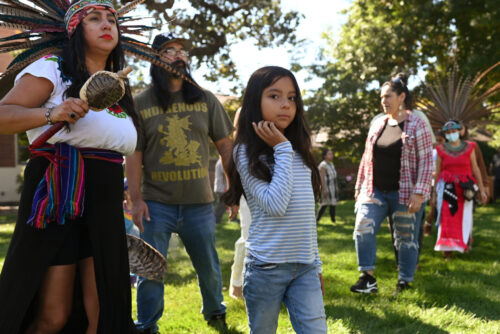 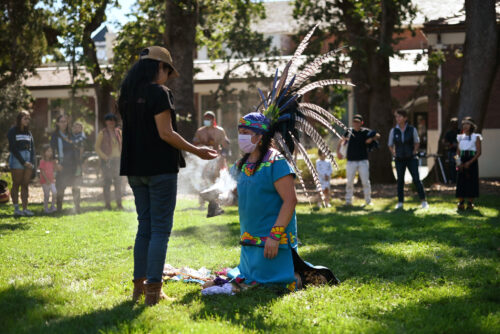 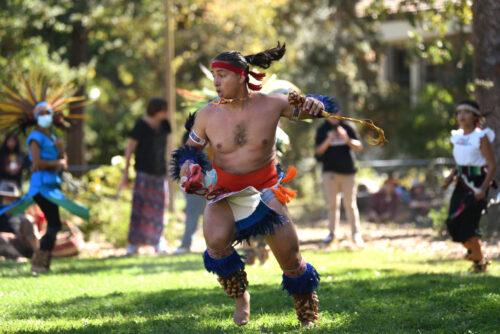