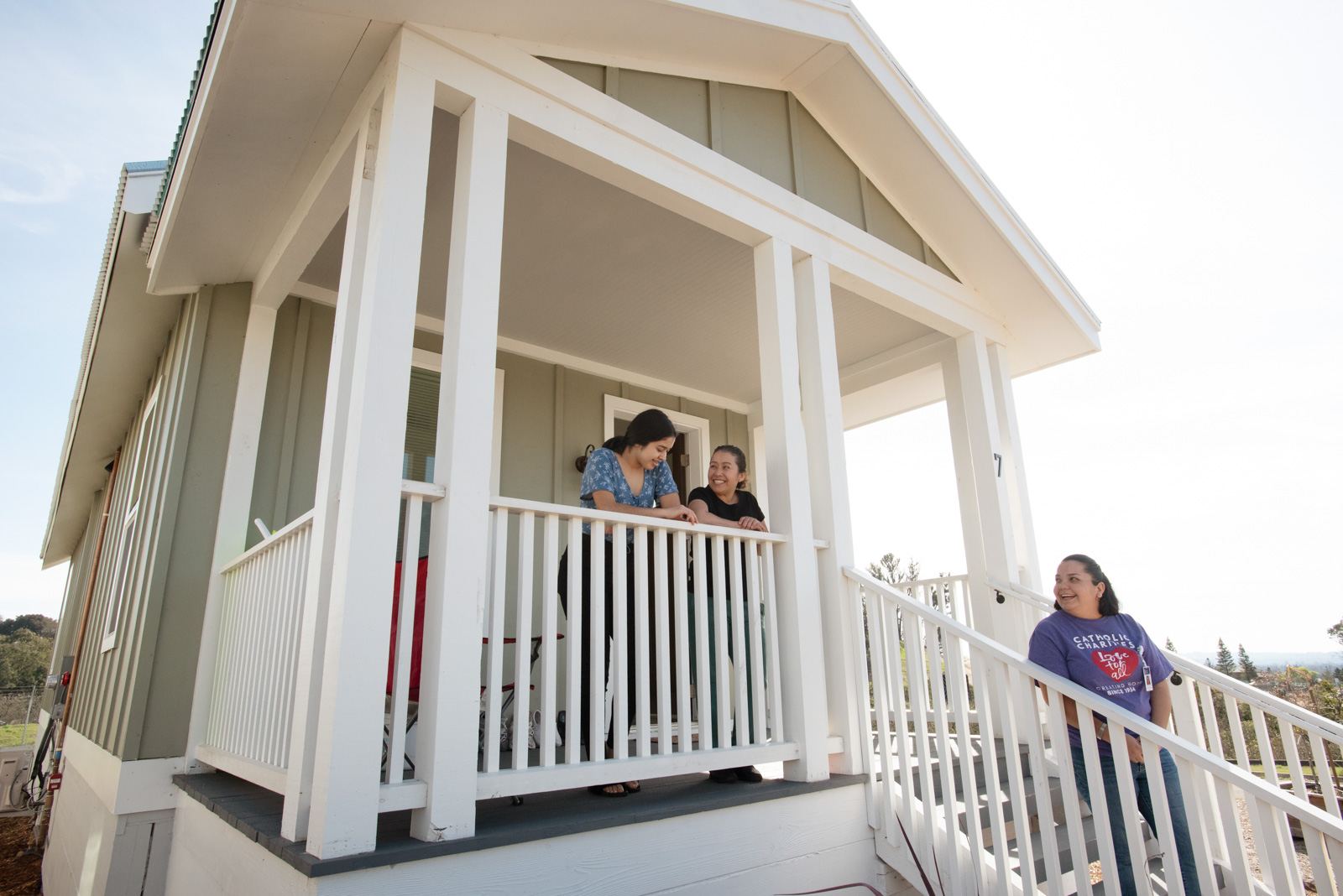 Prior to the 2017 fire disaster in Sonoma County, the core services offered through Catholic Charities of the Diocese of Santa Rosa focused primarily on homelessness and housing, emergency shelter, and street outreach work. The organization also offered immigration and naturalization services, which assists people through the citizenship and naturalization process. Their disaster recovery services were minimal, though they did assist some individuals and families here in Sonoma County and in Mendocino County on occasion.

“2017 changed our world, in a lot of different ways. The amount of loss, especially for highly vulnerable populations like Journey’s End [mobile home park] and the renting population was tremendous, says Catholic Charities CEO, Jennielynn Holmes. “We had to gear up really fast to be able to take on the caseload and the casework. And then we thought it was a one-and-done.”

As anyone in Northern California knows, the need for emergency and disaster relief support has continued over the past five years, with subsequent fires, floods, and the Covid-19 pandemic. Through these disasters, Holmes says the longtime nonprofit organization, which is a part of the national Catholic Charities network, has officially adopted disaster recovery work as a core part of its services.

“This has also become a core competency across the nation,” says Holmes. “Whether it’s a flood, or a hurricane, or a fire, this is just becoming part of the Catholic Charities norm.”

Holmes says helping people with the recovery process takes months and years in some cases, depending on how complex the case is. Catholic Charities didn’t close some cases from the 2017 Tubbs Fire until four years after the fires.

In the case of a fire, Holmes says that initially, even thinking of rebuilding is not on the table, and instead, their Disaster Case Managers focus on helping with immediate needs like securing a hotel, clothing, and helping with essential hygiene needs. Then the recovery and insurance process begins.

“We’ve had to accept that disasters are part of our reality now, and we have a responsibility to make sure that people don’t fall through the cracks, now or in the future,” says Homes. “It’s changed who we are as an agency, and I think our community has also changed.”

This is where a partnership with Community Foundation Sonoma County comes in. With financial support from Community Foundation’s Resilience Fund, Catholic Charities created an “Unmet Needs” fund. The fund supports those who had barriers to accessing other recovery support, can’t usually access the normal FEMA reimbursement, or insurance payouts, or didn’t have a right to rebuild. In essence, they helped people, like renters and undocumented people, who would normally fall through the cracks of a typical recovery case.

Holmes says that the grants from the Resilience Fund ultimately helped the people that had no other options.

“Literally, if we didn’t have those funds, they would become our homeless population. The Community Foundation was a huge funder and partner, not only funding, but also sitting at the table to help us work through the complexity. They helped us make sure that the people who had no other options had something.,” says Holmes. “I’ve worked in homelessness for 14 years, and these are some of the most complex cases I’ve seen.”

Holmes points to a recent case with a fire survivor who needed support with rebuilding their road. They had the funds to rebuild a mobile home, but they didn’t have access to a road. It was a private space, and they couldn’t get the mobile home in, and Catholic Charities was able to support them.

Moving forward, Holmes says that preparing for disasters like fire and floods has helped the agency learn important aspects of the recovery process like how to navigate the insurance system, and how to navigate FEMA. She even says that Catholic Charities has helped with educating FEMA; prior to 2017, they had not worked with fire recovery before. Sonoma County was their first time.

What has also helped Catholic Charities hone its disaster recovery support over the years is becoming known as a trusted disaster care provider. People know to connect with them and that they have a system in place now to begin support with initial needs.

“If they couldn’t find support elsewhere, then they came to the Unmet Needs [fund]. And when they came to that table, we knew we were their last chance,” says Holmes. “Philanthropic dollars saved the day for a lot of these people.” 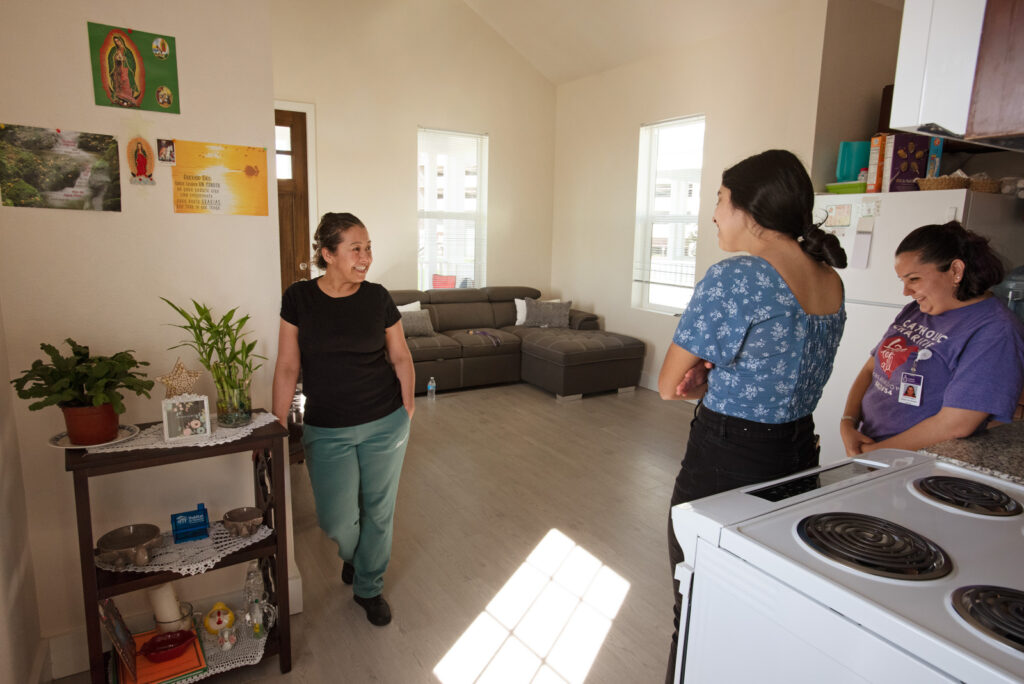 Adelina Bahcna 42, and her daughter Miranda Hernandez, 15, with their case worker Maria Arreguin of Catholic Charities at their 2-bedroom cottage in Santa Rosa, Calif., on February 17, 2020. Photo by: © Erik Castro