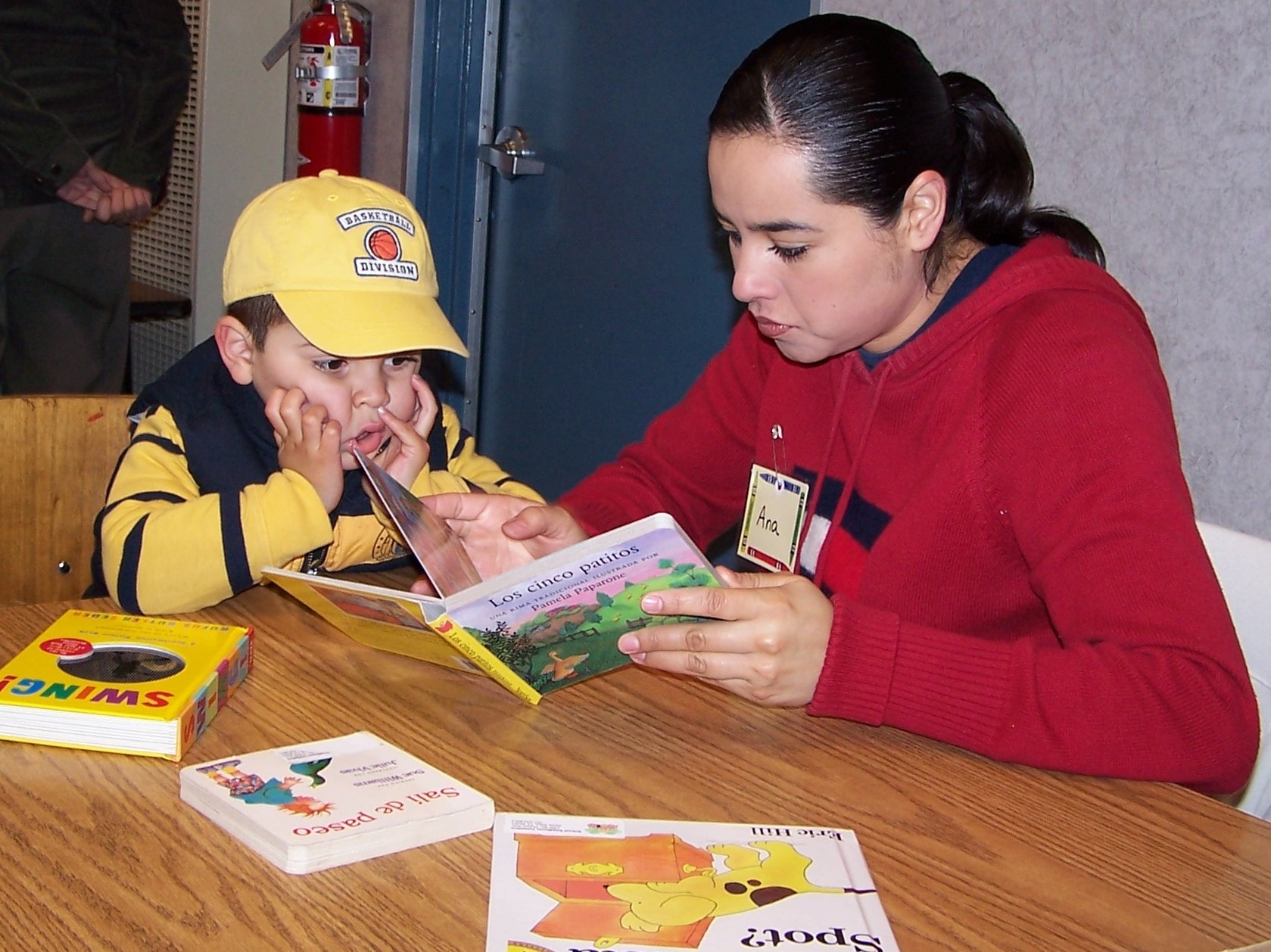 Seated behind her desk deep within the warren of the Community Action Partnership’s offices in Santa Rosa, Marta Tilling is carefully explaining something about young children.

Tilling and her program, Pasitos, is focused on reaching a younger age group, the three-year-olds who are too young  for preschool but who are old enough to begin preparing for what she hopes will be at least 12 years of formal education.

Meaning “little steps” in Spanish, Pasitos primarily serves the children of monolingual Spanish-speaking parents, many of whom were born in Mexico.

The 22 groups throughout the county, made up of about 15 families each, meet for an hour and a half weekly during the school year–preferably at the school the children will later attend. Book bags and craft supplies are provided during the structured sessions and reading preparation is a main focus. The Spanish-language program’s model involves parents in its weekly meetings, allowing them to learn along with their kids. In fact, while the children are certainly being taught to sit when asked, raise their hands to be called upon, and participate in story time and group activities—it’s the parents who are the program’s primary focus.  They are learning what it means to be their child’s “first and most important teacher.”

A recent study published in the Hispanic Journal of Behavioral Sciences indicated that while Latino children have the same language and cognitive abilities as their white peers, by the time they enter kindergarten they lag significantly behind—a gap linked in part to immigrant mothers’ lower level of education.

“Our goals for the program evolved around what we want the parents to know,” Tilling, a former kindergarten teacher, says. “We want the parents to know what it takes to encourage language development. Talking to your baby, singing with your child, reading more to your child, narrating the day, asking open-ended questions. Talk, talk, talk,” she laughs.

“We work on the importance of positive parenting, and a lot of that has to do with being consistent about routines, having an organized family life,” she says. “Children respond well and do better in school if you have a regular bedtime routine—that sort of thing. It’s about the parent and their roles.”

Each playgroup needs around $16,000 a school year to operate, which Tilling estimates comes out to about $1,000 per family, per year. “It’s cheap,” she says, adding that the “downstream” benefits of this early childhood education more than justify any initial financial outlay.

Tilling points to the work of University of Chicago economics professor James Heckman, who has documented a seven to 10 percent lifetime rate of return on the financial investments made in early childhood education.

“If you enter school behind, the gap just gets bigger,” she explains. “If you don’t have reading proficiency by third grade, then you get even further behind because, as they say, up until third grade you learn to read and after third grade, you read to learn. So, if you haven’t gotten it by then, the rest of the class is moving ahead and you’re falling more behind.” By contrast, children who receive high-quality early childhood education are 25% less likely to drop out of school and 60% more likely to attend college.

Launched at the Roseland Clinic in 2008 with just one playgroup and 10 families, Pasitos has recently been embraced by the Santa Rosa City Schools, which is planning to use Title 1 funding to expand the playgroup program in its schools. “That’s what we’ve really wanted,” Tilling says. “We want the schools to really take ownership of these families even before they get to school.”

Because, for Tilling, helping local families to help their children succeed is truly the bottom line.

“The families that we work with want so much for their children to be successful and they are so optimistic,” she smiles. “They came to this country because they want something better for their kids and they want to know how to do it.”

“So we help them learn how.”