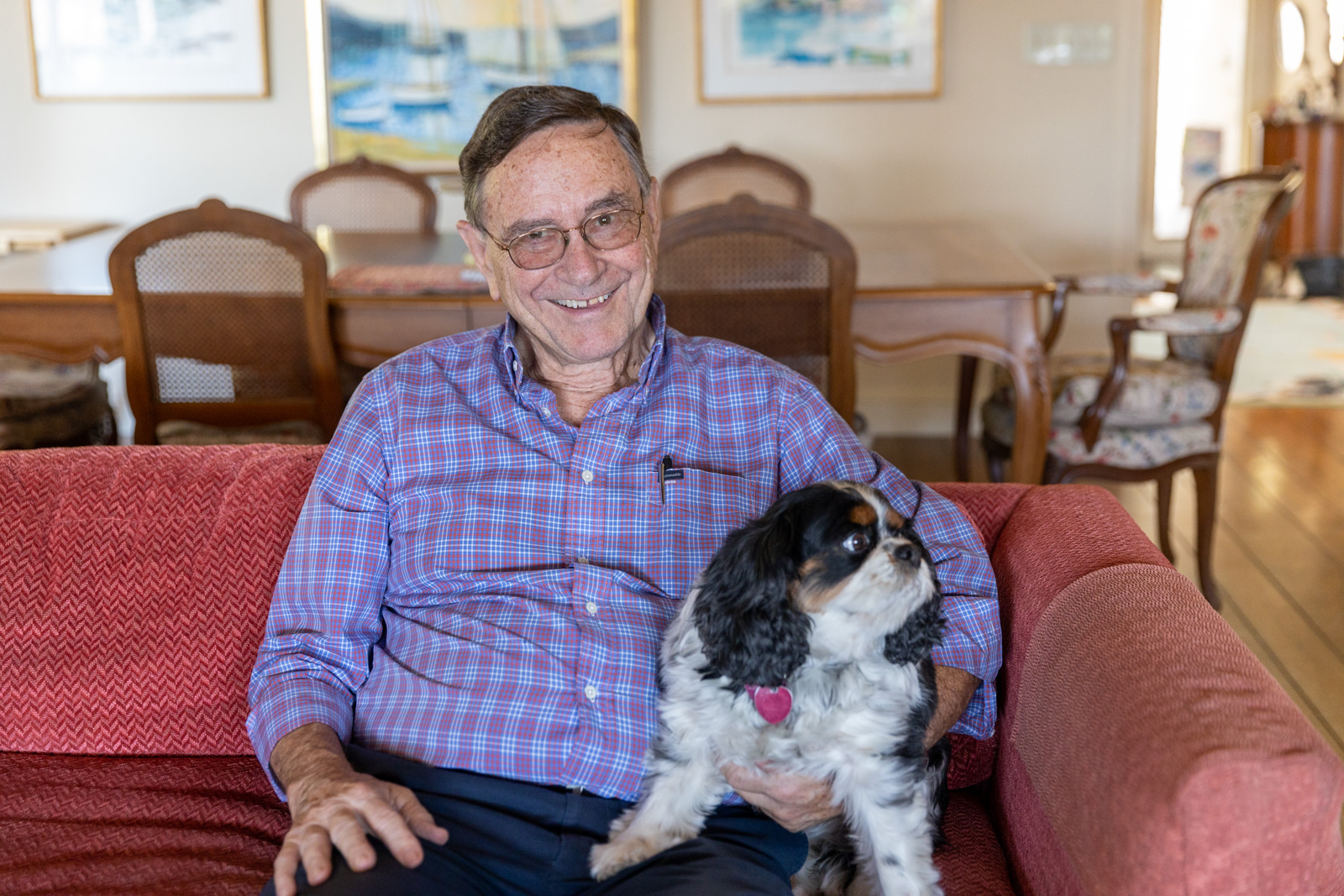 “I spent the first 50 years of my life in Cleveland, and I knew people who served on the board of the Cleveland Foundation, and they were making an enormous difference in a very challenged community.”

Whitney is a systems thinker and a builder; as someone who thinks about the long-term, Whitney is never satisfied unless he’s making an impact, which is one reason why having a donor advised fund at Community Foundation Sonoma County is so important to him.

“My particular belief is that to have established a donor advised fund at the Community Foundation was, without a doubt, the most important thing that we as a family have ever done to increase the financial support we could give to charities.”

“Successful investing in the last decade or two has made it easy to say to my financial advisor every year, ‘okay, it’s time to replenish my donor advised fund.’ Each time I make a gift of appreciated securities, it’s so delightful to think, ‘that stock has appreciated so the charity is getting far more than the original cost and I can give that much more to the community.”

As a donor, Whitney tends to support organizations he knows intimately and primarily makes grants for general operating support. “If you believe in the board of directors, and they have a good executive director, it’s important to give them the option of where to designate their funds,” says Evans. “It’s really rewarding—I always love to follow along and see what’s going on in those organizations and give some helpful hints where I can.”

Married for just over 62 years, Whitney and his wife Jeanette fell in love with the Sonoma Valley just as soon as they moved here.

“June was our 30th year in Sonoma Valley, and I tell people, I wished it had been 60 years.”

When asked to talk about what makes Sonoma Valley so unique, he explains, “The very nice thing about this community was the instant acceptance. If you raised your hand and you wanted to help, you were accepted.”

“I’ll always remember the first project that I was aware of was building the Field of Dreams. I can remember somebody saying, ‘Well come on out, and I’ll show you what’s going on.'”

“When I did, I asked ‘Who’s that older guy with the shovel over there?’ and was told ‘Well, that’s Bob Stone.’ Bob Stone was the creator of the Field of Dreams and major funder of the project, and he’s out there with a shovel helping build the Field of Dreams. That’s Sonoma Valley. That’s really what it’s all about here.” When Bob later asked Whitney to be the volunteer director of the Boys & Girls Club’s successful Dream Builders new facility campaign, he was honored to say yes.

Whitney’s passion for volunteering took on a new focus in 2016 after Jeanette was diagnosed with Alzheimer’s and began suffering from early dementia. They were fortunate to receive excellent counseling from Dr. Patricia Brooks, learning how to live with memory loss knowing there was no cure.

“When I said to Dr. Brooks, ‘How do people get this information that you’ve given me because it’s been so helpful?’ She told me there’s nothing organized to do that—if a physician doesn’t refer a patient to her, it doesn’t happen.”

Whitney then asked how many people in the Sonoma Valley were dealing with dementia and was blown away to discover that there are over 1,000 cases just in the Valley. “I said, Okay, we got to do something about this.”

Whitney formed the nonprofit Care Partners Initiative to help Sonoma Valley families cope with symptoms of dementia. They hosted their first forum, a four-hour educational forum to help caregivers understand the illness, and they had 84 grateful attendees.

Care Partners’ mission is to increase awareness and support for Sonoma Valley families living with memory loss and to enable caregivers to better care for themselves and their loved one. One of Whitney’s favorite activities for those with memory loss is pet therapy, citing the supportive influence of their own dog in keeping their spirits up at home.

“If the care partner learns how to live with memory loss, then the person can stay at home rather than being in a nursing home or care facility. The facilities do the very best they can, but it is very different. My wife tells me three times a day that she loves me. That wouldn’t happen if she weren’t at home. We have a wonderful, different quality of life, but a wonderful quality of life.”

Over the coming months, Whitney will be staying busy—focusing on helping Care Partners Initiative introduce strategies to other Sonoma County communities to meet the needs of seniors and their families living with memory loss and other needs identified in the new California Master Plan for Aging.

When asked how he manages to stay so driven, Whitney explains, “When you’re retired it’s your time to give back in thanks for all you have been given.”

“Having a passion to get involved in kept my father alive until he was 90 years old and I’m planning on 100 years myself. So that’s how I keep the light on, too.”