Dignity and Care: Compassion Without Borders 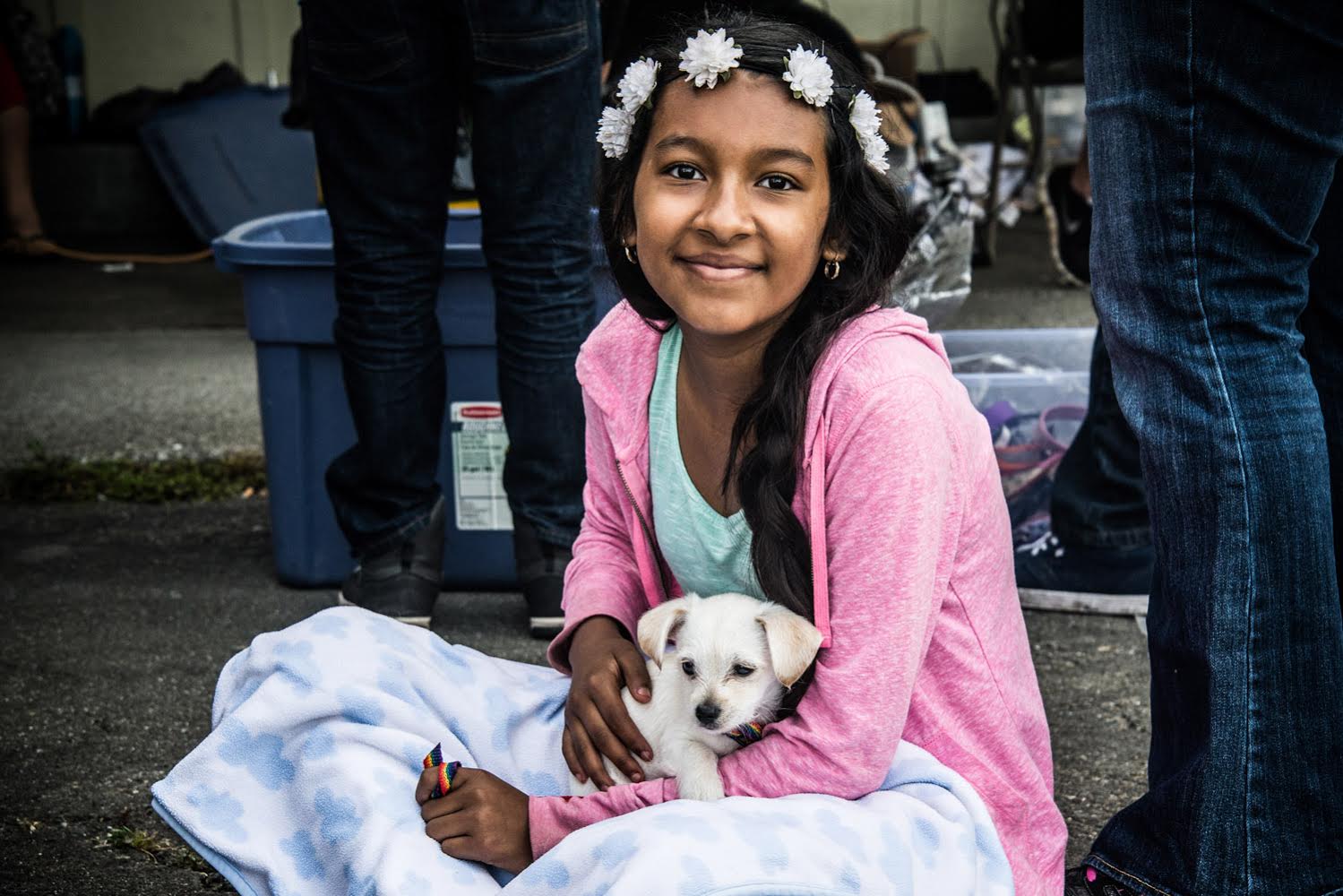 Working in a Mexico City animal shelter, Dr. Christi Camblor found herself immersed in a nightmare—thousands of animals packed into overcrowded facilities, many suffering from untreated diseases, some dying by electrocution. In 2002, unable to shake those haunting experiences, she began rescuing dogs from that Mexico City shelter and finding them homes in the U.S. This transnational effort to provide dignity and care to unwanted pets gained momentum, and in 2011 Camblor and her husband Juan Ramon Camblor formed the aptly named nonprofit Compassion Without Borders.

Compassion Without Borders has grown to serve families and pets both in the U.S. and Mexico by providing identification tags, preventative care, animal placement, education, and connection to spay and neuter services. Now the head of shelter medicine at the Sonoma Humane Society, Dr. Camblor’s organization still works in Mexico, but its main focus is on animals here in Sonoma County.

“I just couldn’t ignore that there’s a very large opportunity right here to help low-income Latino families and underserved communities,” Camblor explains, curled up on a couch of the small downtown Santa Rosa office she shares with her husband and three part-time employees.

“It was the same needs as I saw in Mexico,” she says. “Families didn’t have access to basic veterinary care, vaccinations, deworming, treatment for skin and ear conditions. Sometimes it was financial barriers, sometimes it was just language or resource issues, sometimes there are cultural issues, sometimes it’s a matter of education, explaining why pets should be vaccinated or sterilized. It became clear that what we were trying to do south of the border was actually needed here in our own backyard.”

Community Foundation Sonoma County gave Compassion Without Borders a $20,000 grant in 2014 to assist in these efforts, renewing an initial $19,100 grant for the program given in 2013.

“People line up in huge numbers and wait sometimes hours to get this care,” Camblor says. “They desperately want it, they just can’t afford it. We’ve tapped into this big void in the community with all of these at-risk animals and families that really love their animals but just haven’t been able to afford to provide them with the basic care that they want to. It’s been a real win-win situation.”

Being fluent in Spanish has been critical to Camblor’s success. She can converse directly with the Latino families who bring their beloved pets in for treatment and to sign up for sterilization services. Compassion Without Borders has also used innovative ways to reach their audience; families waiting in line, for example, are provided iPads loaded with bilingual videos to watch about how to take care of their pets.

“I’m a big believer in each nonprofit focusing and not replicating what other folks are doing,” Camblor says. “[The mobile county service] Love Me Fix Me hasn’t been able to reach this population. We offer a bridge to those programs, we sign people up, we do all the calls in Spanish to ensure that they come, and then we attend the clinics to help check people in.”

She adds, “Families do return and that’s exciting. We’re seeing these little puppies coming back as grown dogs. That’s one of the most rewarding things, seeing people take pride in their animals, and we really develop a connection to the families.”

Recognizing the need goes well beyond Sonoma County, Compassion Without Borders is now expanding into the Central Valley. Camblor has plans to create a “kit” detailing their work that people in other communities can use to create similar programs.

“Compassion Without Borders is a labor of love, so it’s exhausting,” she says simply. “But it’s also so, so fulfilling.”

To learn more about donating or volunteering, go to Compassion Without Borders.