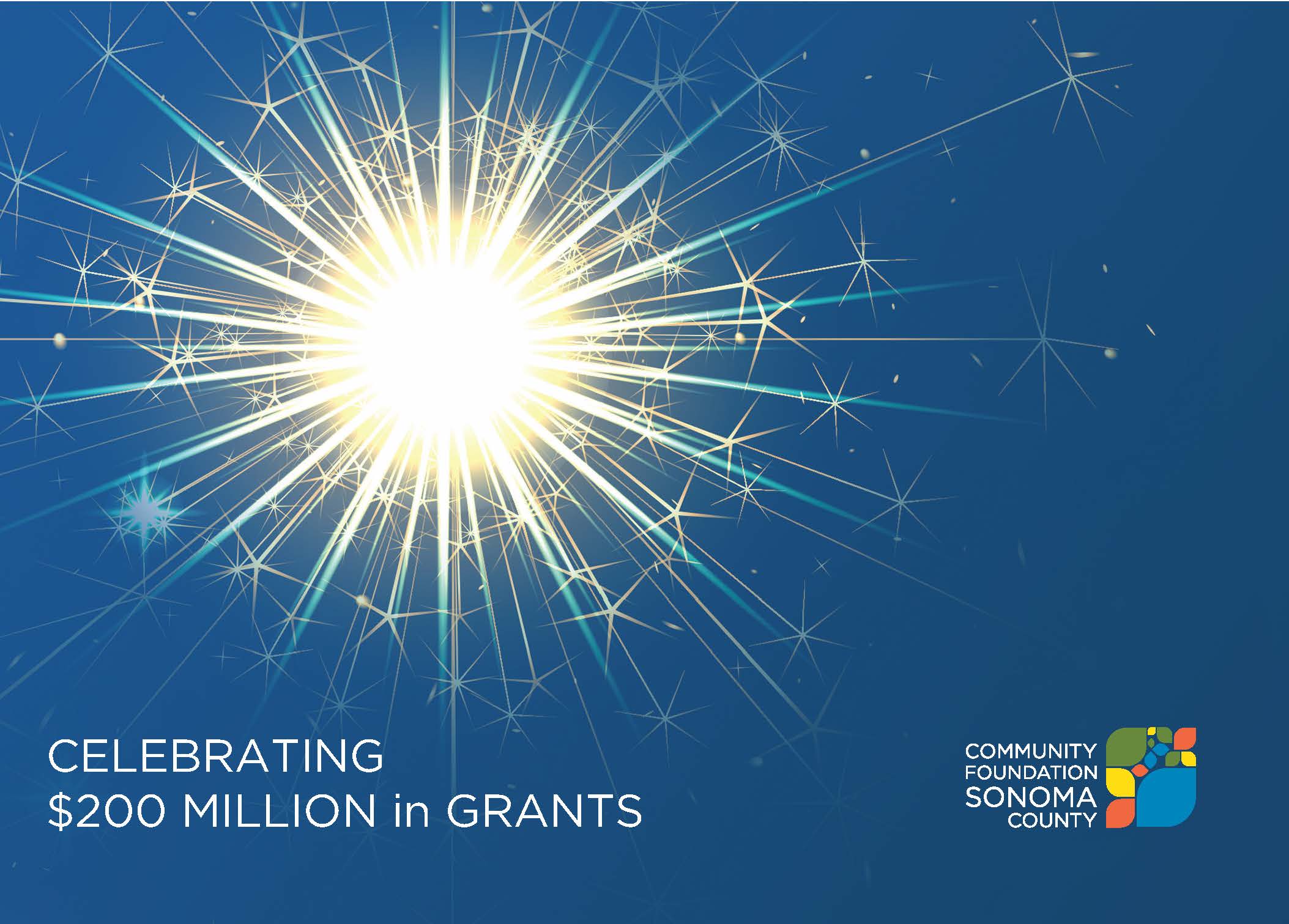 It took 25 years for Community Foundation Sonoma County to reach the $100 million marker for grants made. Nine years later, that impressive grant milestone has been more than doubled, as $200+ million in support has made its way into our communities, creating ripples of benefits both large and small.

Walk the streets of our cities and pass beloved Chop’s Teen Club in Santa Rosa’s Railroad Square. Smile as you follow the map leading to the artwork of our Charles M. Schulz Peanuts on Parade characters, as created by local artists. Expand to the outskirts and find Samuel Jones Hall, housing and serving homeless residents while giving them a leg up. Marvel at human creativity expressed large at Oliver Ranch. Hike the expansive landscape to learn of nature’s regional diversity at Pepperwood Preserve. Take in the Santa Rosa Symphony where the first grant made gave us the piano that still plays beautifully. Feel the power of each community as expressed in the Healdsburg Forever fund efforts and the Sonoma Valley Fund’s specific generosities.

Thousands of generous people have given of their wallets, their time, their minds and hearts to benefit their neighbors. These neighbors have found shelter, medical care, education, sustenance and joy in all the things a $200 million infusion over 34 years can bring to our most beautiful and generous place of residence – Sonoma County.

Through the generosity of our donors, Community Foundation’s grantmaking tells a story about Sonoma County.

From initiatives to help create our Open Space and Agricultural District, to support for Redwood Empire Food Bank during the last debilitating recession, to the creation of a local 10,000 Degrees program, grants both large and small have positively and indelibly marked our “chosen spot” of Sonoma County.

Community Foundation Sonoma County’s is celebrated and immortalized in the book “Thirty Years of Giving: 1983-2013.” The book, an inclusive and informative history of the Community Foundation, was commissioned and published by local philanthropist Jean Schulz. Written in collaboration with writer Carol Benfell and via interviews with many former staff, board and community members, the book weaves a story of a long-held vision and a wave of momentum created by generous donations, turned into grants, made over the years. You can read it online here.