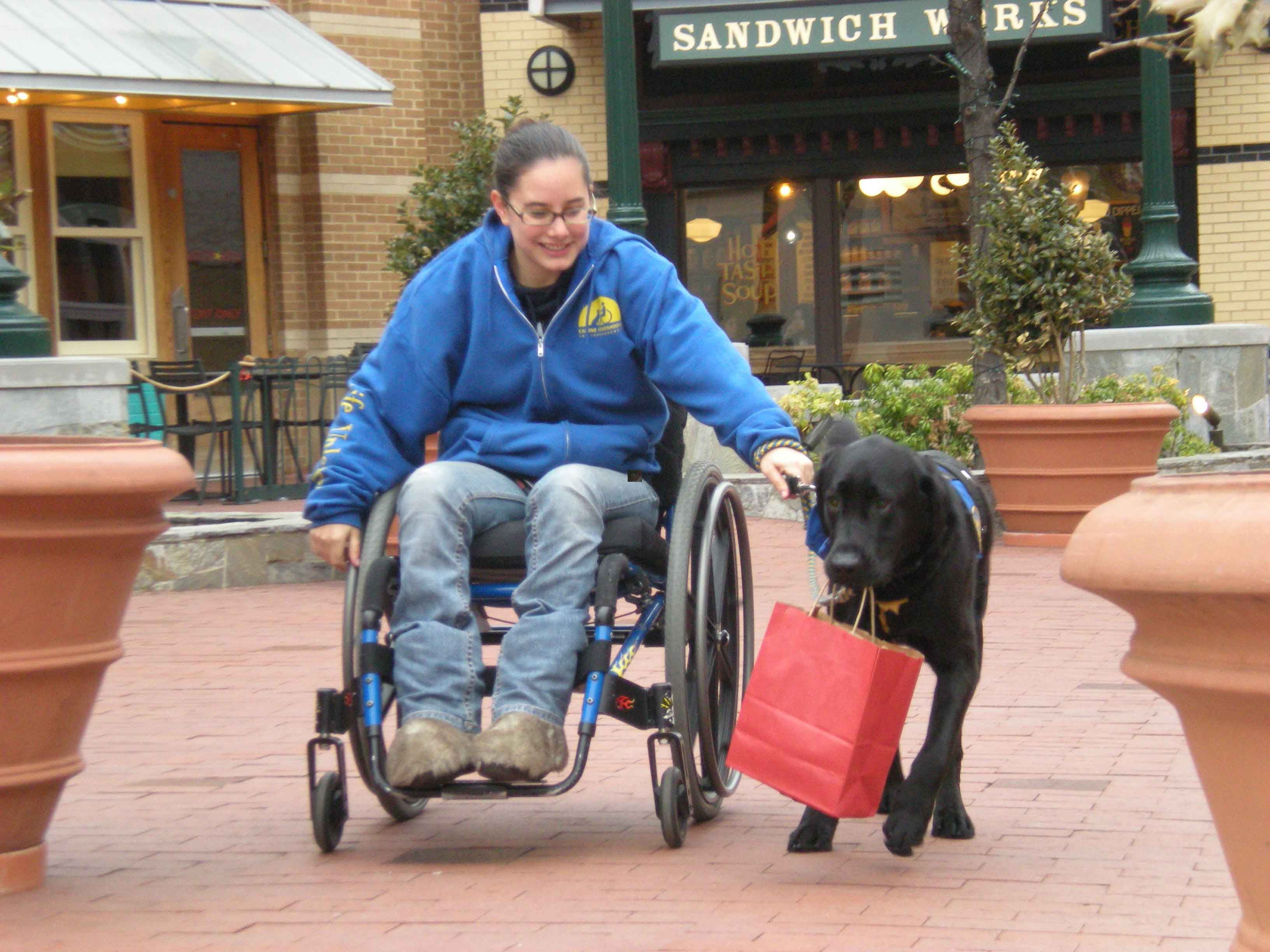 Imagine not being able to open a door, answer the phone, hear a fire alarm or even pick up a pencil. Think what it would be like to have people stare at you because you’re in a wheelchair or to feel isolated and, alone because you’re “different.” These are the kinds of challenges many people with disabilities face daily.

Put a Canine Companion assistance dog in the picture and everything changes. Thanks to the physical tasks the assistance dog performs, lives are suddenly filled with new promise and potential.

Founded in 1975 in a small building in Santa Rosa, California, Canine Companions for Independence has expanded the reach of its mission to the entire country, now hosting six training centers in California, Florida, New York, Ohio and Texas.  Canine Companions has been providing all that we celebrate as a nation—freedom and independence– over 4,700 times in each placement of highly skilled assistance dogs with children, adults and veterans with disabilities.

“Caspin and I represent success in the face of an ever-changing disability,” Sonoma County resident and Canine Companions service dog handler Wallis Brozman says. “I’m thankful every day for Canine Companions and the gift of dignity, adaptability and independence they have given me in the form of a loving assistance dog.  Caspin is not only my best helper, he’s my best friend.”

Community Foundation Sonoma County is proud to steward Canine Companions for Independence endowed, expendable, and designated funds since 1996. These funds were established by committed and passionate donors to support operating costs as well as specific programs to ensure that Canine Companions and the individuals they serve may thrive.

“Together, we celebrate 40 years of independence,” states Canine Companions CEO Paul Mundell. “This is an opportunity to not only reflect on where Canine Companions for Independence has been and how much has been accomplished, but also to look forward towards all that will be on the horizon”.