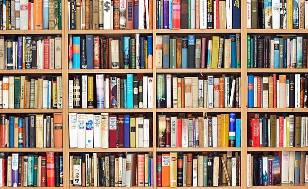 Inspired by the Press Democrat slide show of the most checked out library books in 2015, some of our board and staff have agreed to share a compelling book they read in 2015.

The Road to Character by David Brooks

My favorite book always tends to be the one I’ve most recently read which in this case is The Road to Character by New York Times columnist David Brooks.   In this book, Mr. Brooks urges us to think about the difference between “resume success” and “eulogy success.”   Resume success is the focus on our accomplishments and what we have done.  Eulogy success is what we’d like for others to say about us at the end of our life. It is about who we are in terms of the way we’ve treated each other and how our values were expressed.  This is very consistent with many conversations I find myself in with people thinking about their philanthropy.  Donors are not searching for what will advance them in their career or make themselves look good…they are driven by looking for the difference they can make in their communities in ways both small and profound, both now and forever.

Gilead takes the form of a letter from an aging minister to his young son. For the pastor, who married late in life, the letter becomes a means for sharing his life with a son not yet old enough to understand. “I’m writing this in part to tell you that if you ever wonder what you’ve done in your life, and everyone does wonder sooner or later, you have been God’s grace to me, a miracle, something more than a miracle.” Along the way, Gilead becomes a meditation on families and small towns, on religion and beauty and what it means to be alive. We hear the voice of man who values generosity, kindness, tolerance and humility, a man who is never reluctant to acknowledge his own limitations. This beautiful novel – a 2015 selection of the book group to which I belong –  invites us to think about our own lives. It won the Pulitzer Prize in 2005, and in a conversation with Robinson, published in the New York Review of Books, President Obama says Gilead is one of his favorite books. When you get the chance, Google Marilynne Robinson and read what she has to say about the state of our world. It will be worth your time.

I learned about this book from the Copperfield’s staff recommendations. They’ve never failed me. Euphoria is loosely based on Margaret Mead’s early life as an anthropologist in New Guinea. The book is beautifully written, with vivid language and a very compelling storyline.

A good book can transport you to another place and time, and you can become fully lost in the story. Euphoria does just that. Equally fascinating to the fictionalized account of Margaret Mead’s adventurous and unconventional life is reading about anthropology in the early days–how anthropologists fought for their field to be recognized as credible and how thin the line was between studying a culture and becoming a part of it.

Season of the Witch by David Talbot

In December I was interviewed by Megan Topping at 10,000 Degrees to become a mentor for a high school student.  During the interview I mentioned my activism in the 80’s and Megan suggested that I read Season of the Witch by David Talbot, published in 2012.  This book is a history of San Francisco from 1967-1982.  I moved to San Francisco from New York in 1988, so I was aware of the many events talked about in the book, but never fully appreciated the array of demons and saviors that shaped this great City.  Shortly after arriving in San Francisco, I remember walking in the tenth anniversary candle-light vigil honoring Harvey Milk and George Moscone.  From the creation of the Haight-Ashbury Clinic to the San Francisco 49ers’ 1981 Championship season and the onslaught of HIV/AIDS in the early eighties, David Talbot draws the reader deep into the city’s ascent, decline and heroic recovery.  I couldn’t put this book down and have referred it to many others, including Community Foundation donors whose philanthropic values were largely defined by the activists and dreamers of this time.