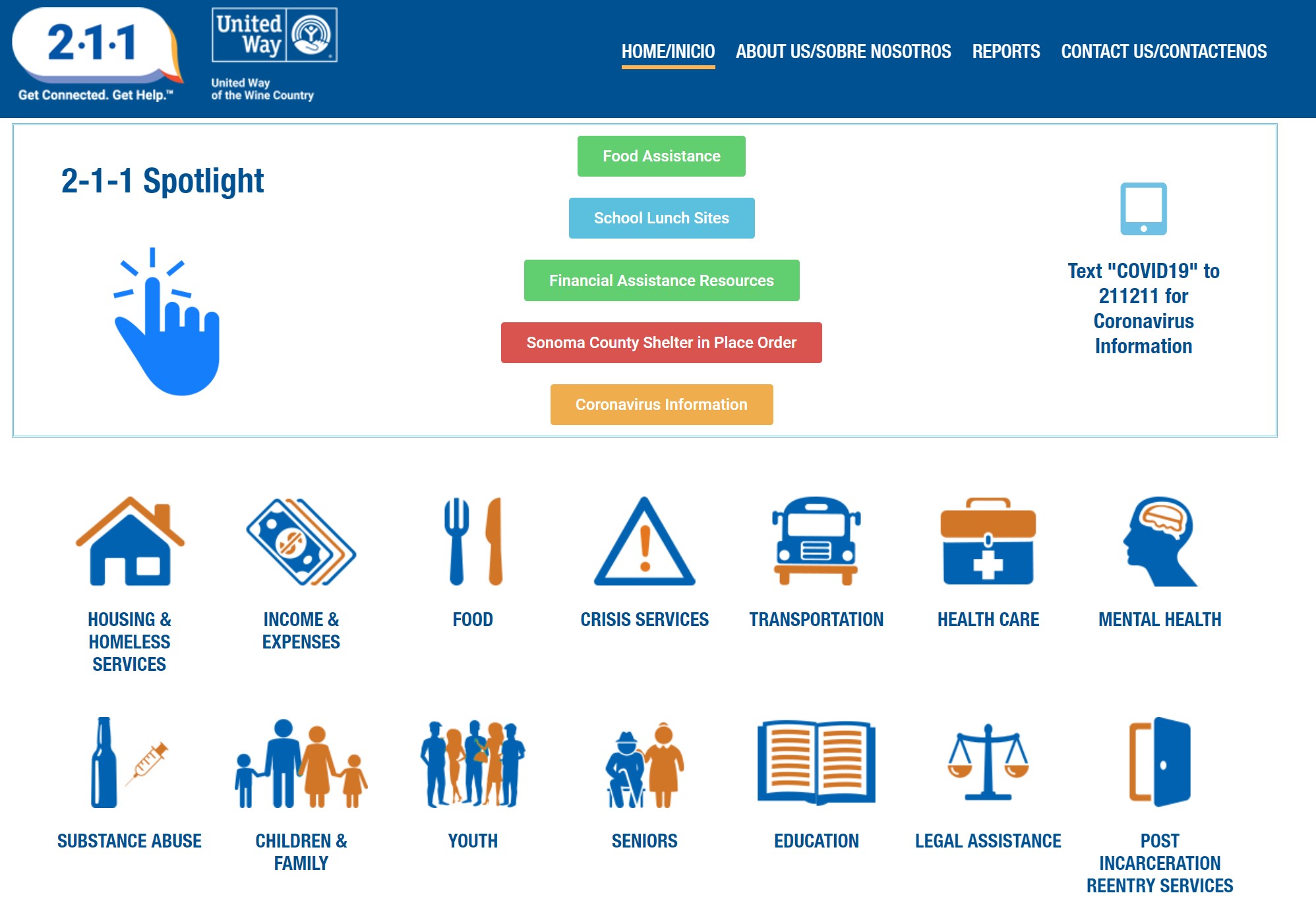 Since United Way of the Wine Country took over operations of the 211 information and referral line just over a year ago, many Sonoma County residents have come to know the service as an emergency hotline. When in crisis, locals can call or text 211, or visit the 211 website, for a variety of referrals, from locating housing, food, and social services to finding transportation or legal assistance programs.

Executive Vice President of United Way of the Wine Country Jennifer O’Donnell oversees community investments for the organization. She says that 211 is meant to replace the old community connections resource guides that many local organizations produced, which were often outdated by the time they were printed.

“211 has expanded to the point that people can call during times of disaster to make sure that people have accurate information about where evacuation sites are or which areas are supposed to be evacuating, information that’s changing really rapidly,” says O’Donnell. “We’re able to work in partnership with Office of Emergency Services with Sonoma County so that we get that information as soon as it’s available.”

211 contracts out the call service portion of the program to a Ventura County-based group called Interface. O’Donnell says that Interface has stringent training protocols in place and they have Spanish-English bilingual staff available at all times, and can access language interpretation services for up to 150 languages.

“By working with Interface, who really are the specialists, we’re able to do so much more than if we just tried to set up a call center in our office,” says O’Donnell. “It was a huge benefit, during fires, when call volume increased, they were able to get help from other 211 call centers across the country.”

United Way of the Wine Country hasn’t been able to use that same strategy during COVID because of the widespread nature of the pandemic. O’Donnell says the amount of calls to 211 programs around the country has definitely been a strain on the system. The local 211 has experienced twice as many calls since COVID shelter-in-place orders, compared to the same time-period last year.

Roughly 2,300 calls have been answered from people seeking food assistance and 2,200 from those seeking support with housing, from mid-March through August 1 of this year. Additionally, 211 received nearly five times as many calls from individuals seeking health care information as they did in the previous year.

Funding support from Community Foundation Sonoma County has helped United Way of the Wine Country to ramp up their efforts; some funding supports outreach efforts to ensure that people are aware of the 211 program. Some helps the organization work on capacity building efforts for what they expect to be a long road of hardships for the community.

“This is going to probably be an ongoing situation for a while,” says O’Donnell. “Even when there’s a cure for COVID, the economic impacts are still going to be there.”

O’Donnell says that the 211 program’s success comes, in part, from partner organizations, which they rely on for updates of services and other information.

“It requires us to have a really good communication plan with the county and with the cities so that we’re getting accurate information to people,” she says. “It really is about those day to day crises that people have and getting them the most current information.”