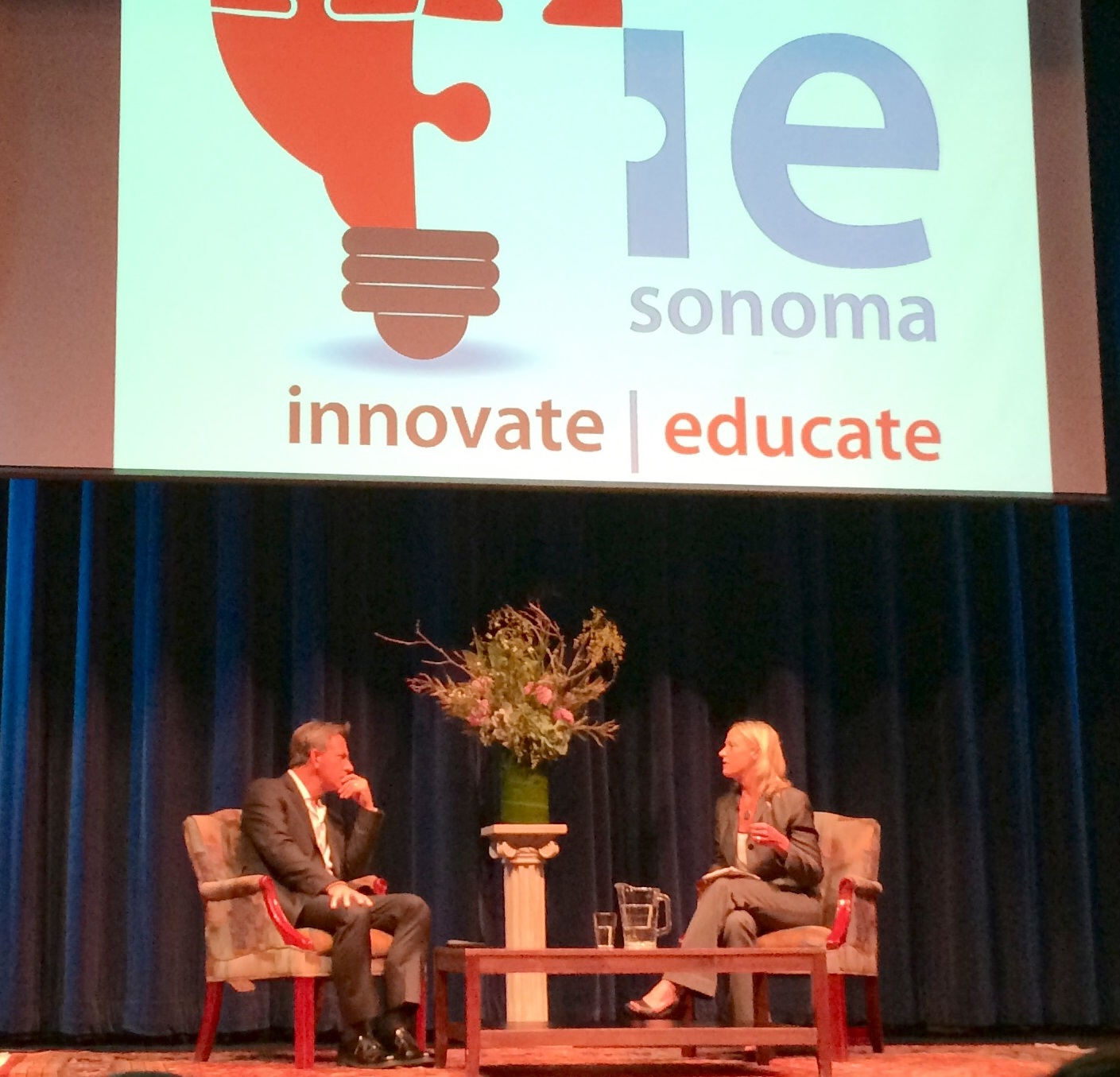 Posted at 15:53h in Nonprofit Newsletter by Caitlin Childs

The 5th annual ieSonoma: innovate | educate takes place this year on June 12th at Sonoma Country Day School. ieSonoma was founded in 2013 as a partnership between the Sonoma County Office of Education, Sonoma State University, and Sonoma Country Day School for the purpose of transforming teaching and learning in local schools. With the generous support of local sponsors, the partnership has brought world renowned speakers such as Sir Ken Robinson, Sugata Mitra, Emily Pilloton, and Benjamin Zander to Sonoma County over the past four years to provoke attendees thinking and challenge previously held assumptions about teaching and learning in the 21st century. The event also highlights the work of local innovators: students, educators, and community members whose efforts are pushing the boundaries of traditional education. Sir Ken Robinson was the keynote speaker at the inaugural ieSonoma event in 2013, and will return to commemorate ieSonoma’s 5th anniversary. Event details and a schedule can be found at www.iesonoma.org.