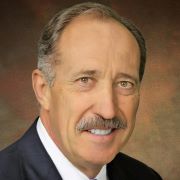 Posted at 13:06h in by Caitlin Childs

Pat Emery, partner in Abbey, Weitzenberg, Warren & Emery, has been a trial lawyer in Sonoma County for over 35 years. His efforts have resulted in his recognition as a Super Lawyer of Northern California and his inclusion in Best Lawyers in America. In addition, Pat is an elected Fellow of the American College of Trial Lawyers, whose membership is limited to 1% of the lawyers in the United States and Canada.

Pat obtained his undergraduate degree from Harvard University in 1969, and graduated from the law school of the University of California at Davis in 1974.