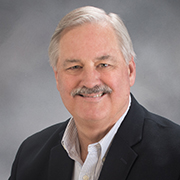 Michael has had a wonderfully varied and dynamic career working in a number of industries on several continents.  He has been a leader in the fashion, retailing, high tech, consulting and nonprofit fundraising businesses in the Bay Area, London and Australia.  He currently works as a consultant to nonprofit organizations on program, strategy, organizational development, and fundraising.  He served as the Executive Director of the De La Salle Global Education Fundraising and granting millions of dollars to advance education for the poorest children around the world.  Michael also has extensive experience in the wine industry as a grower, General Manager and brand builder in Napa and Sonoma. He is also a member of the Sonoma Vintners & Growers Association. Michael has an undergraduate degree in Political Science from St Mary’s College and an MBA from the American Graduate School of International Management.  He has served on the Board of Directors for St Mary’s College Alumni Association, the Board of Trustees for De La Salle Global Education Fund, served as President Board of Trustees, for If Given a Chance Foundation, and was on the Board of Trustees as Vice President for the Sonoma Valley Soccer Association.  Michael and his wife Melissa live in Sonoma.